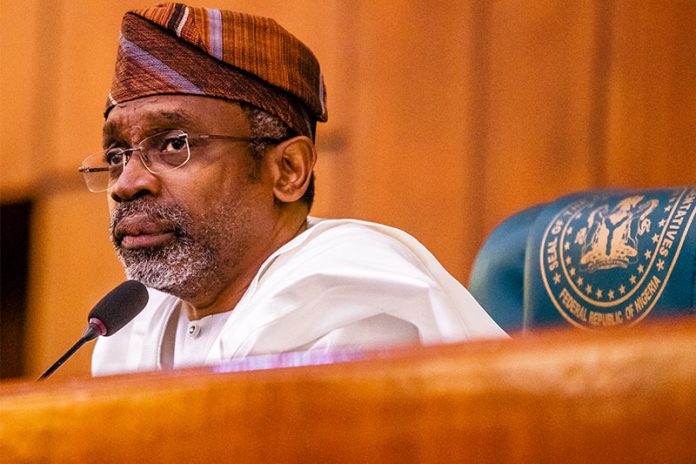 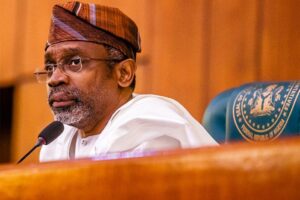 Security side to the Speaker, House of Representatives, Femi Gbajabiamila, has allegedly shot a newspaper vendor in the head.

The incident, which occurred at the Federal Secretariat, Abuja, around 3pm on Thursday, caused panic in the area.
The victim, identified as Ifeanyi Okereke, was subsequently rushed to the National Hospital by his brother and some police officers, where he reportedly died.

We learnt that the shooting happened when Okereke and other street vendors selling on the Shehu Shagari Way, Three Arms Zone, flocked around the convoy of the Speaker, who was said to be in the habit of giving out money anytime he passed them.

The Chairman of the Newspapers Vendors Association in FCT, Etim Eteng, told one of our correspondents that Okereke died at the National Hospital shortly after the incident, adding that his wife gave birth to a baby on Thursday morning.

“What I learnt was that the Speaker called to give them (vendors) money and the security aide just shot him in the head. He was rushed to the National Hospital where he died some hours later,” he said on the phone.

A vendor, Abdullahi Seidu, said the unidentified trigger-happy security aide could not explain why he shot the deceased when confronted by Gbajabiamila.
Seidu stated, “The vendors and other hawkers usually run after VIPs and lawmakers whenever they see them.

In fact, they can identify the big men by their vehicles. So, the vendors flocked around the Speaker’s convoy and he gave them some money, but a gunshot just went off.

“The bullet hit Ifeanyi (Okereke) in the head and he fell down. The officer who fired the gun said he wanted to fire in the air.”
The National Hospital spokesman, Dr Tayo Haastrup, confirmed that Okereke died of gunshot injuries.

“He died of gunshot injuries and would be moved from the Trauma Centre to the mortuary shortly,” he said.
Gbajabiamila could not be reached for comments on the incident.
Repeated calls made to his Special Adviser on Media and Publicity, Lanre Lasisi, rang out.

He had yet to reply to an SMS seeking his principal’s reaction as of press time.
The Federal Capital Territory police spokesperson, ASP Mariam Yusuf, could not confirm whether the incident was reported to the police. 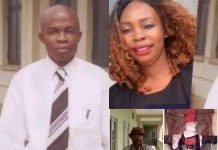 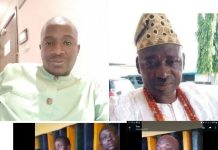 BUHARI WORKING FOR FULANIS TO TAKE OVER NIGERIA – GOV. ORTOM