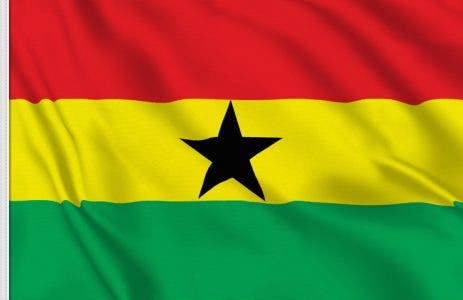 After 10 hours of voting, Ghanaians are eagerly awaiting the result of Monday election. The general elections were held in all 275 constituencies across the country.

While there are 12 presidential candidates, the major contenders are incumbent President Akufo-Addo of the New Patriotic Party (NPP) and former President John Mahama of the National Democratic Congress (NDC).

The voting process which began as early as 7am was mostly peaceful and smooth according to the Coalition of Domestic Election Observers (CODEO)  but for a few cases of queue mismanagement and isolated cases of violence.

This was confirmed by 1,499 out of 1,502 observers from the coalition located in all 275  constituencies across the country.

“Reports from CODEO show that voting generally commenced on time. By 7:15 over half of polling stations, ( i.e 65%) had opened,” Acting Chair for the Coalition, Sheikh Aremeyaw Shaibu said at a press conference onMonday.

However, the remaining 7.4% had some challenges with the provision of these materials.

In its preliminary situational report of the December 7 polls, CODEO stated that adequate security was provided at various polling stations.

According to the Coalition “85.3percent of polling stations had adequate police personnel while 14.7% “of stations did not.

CODEO added that voters including persons with disabilities were allowed to cast their ballots without any interference except in few cases where some voters were harassed.

“Covid-19 safety protocols were also in display in most polling stations, less than 1 percent lacked the items,” the Coalition added.

This notwithstanding, CODEO also observed some challenges with the process.

It was observed that ballot papers were issued with some candidates missing.

Also, cases of biometric devices not functioning and voters refusing to comply with Covid-19 safety protocols were also recorded.

The opposition NDC alleged  that there were ballot stuffing in some polling stations across the country.

Speaking at a press conference, the party’s Director of Election, Elvis Afriyie Ankrah, stated that already thumb printed “presidential” ballots are being added to ballot boxes illegally to help push the numbers of the ruling NPP.

He stated that the perpetrators have legitimate EC ballot and stamps adding the NDC sources say the act will intensify between 3 pm and 5 pm.

WOMAN GIVES BIRTH 30 MINUTES AFTER DISCOVERING SHE IS PREGNANT

WILL PRIMATE AYODELE’S WARNINGS ON KIDNAPPING IN ASO ROCK COME TO...

UBA COMMITS TO SECURING FUTURE OF KIDS AND TEENS ~ Fame...