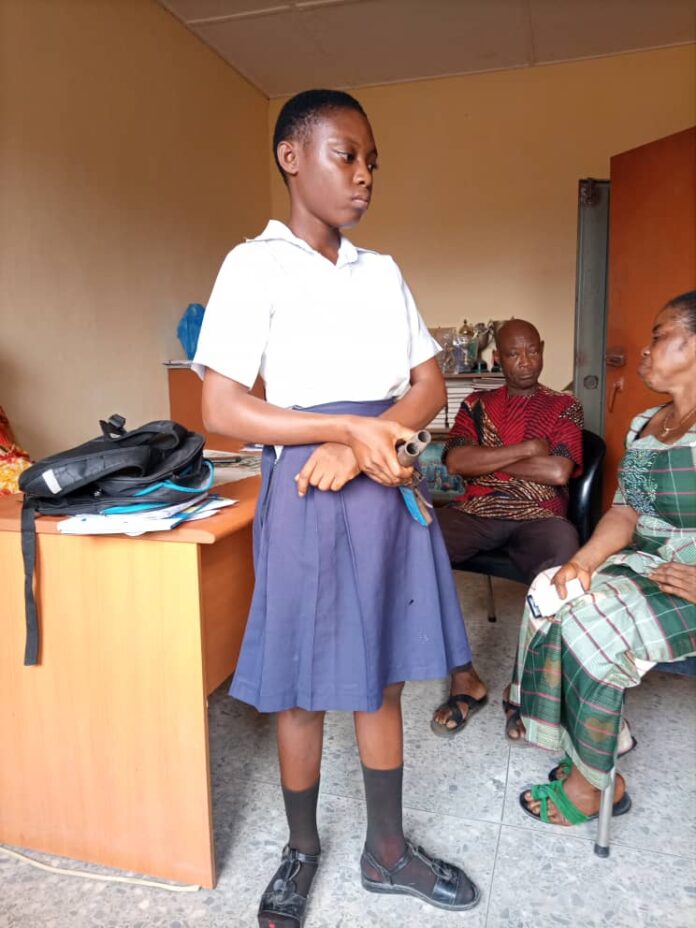 GIRL, 14 TAKES GUN TO SCHOOL, ATTEMPTED TO SHOOT TEACHER WHO ASKED TO CUT HER HAIR

A 14 year old senior secondary school girl has been arrested after she attempted to shoot her teacher with a pistol in Cross River State.

According to Otunba Charles Edem, an eyewitness who shared the story, the teenager wanted to shoot her teacher for telling her to cut hair.

Before now, the school was a tamer for stubborn children and teachers feared like Hogan Bassey. Today, all that is in the past as both Parents and Students mistreat teachers for whatever reasons.

OLUBADAN: TINUBU WILL BE A GOOD PRESIDENT — I’ll do everything...