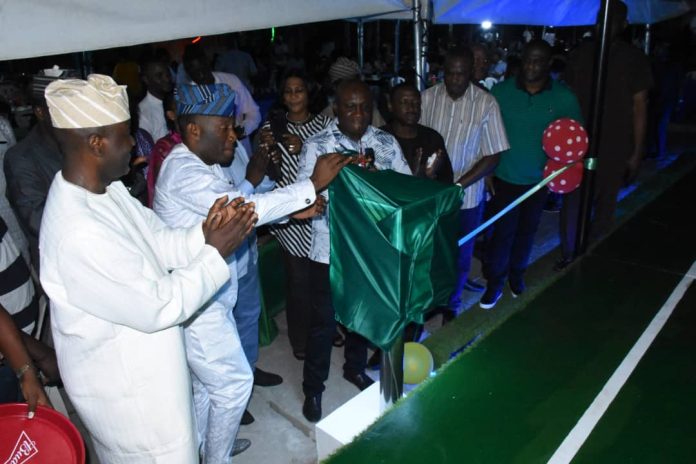 Speaking at the commissioning ceremony which was done during the send-forth and special Tombola organized for the outgoing Commanders and officers of the Division, the GOC stated that the completion of the project was part of his resolve to key into the vision of the Chief of Army Staff to add value to the system and leave an enduring legacy for the junior ones.

The GOC assured that he will further renovate the entire mess as he has tasked the President Mess Committee Brigadier General Kingsley Nwoko who supervised the execution of the project to forward estimates for the entire renovation of the Mess, National Association of Online Security News Publishers, NAOSNP can reports.