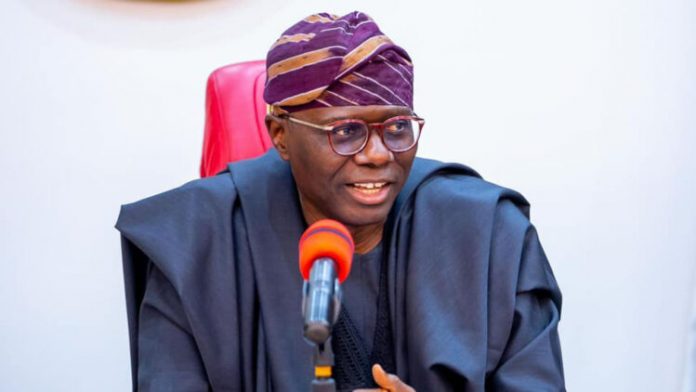 Nigeria will enjoy a boost of 1.6 million jobs

The new Google’s Equiano Cable system is expected to boost employment by 1.6 million jobs in Nigeria and also contribute $10 billion to the nation’s Gross Domestic Product (GDP) by 2025.

This was disclosed by the Lagos State Governor, Mr Babajide Sanwo-Olu via a statement issued at the reception marking the landing of the Equiano Sea Cable system in Nigeria on Thursday.

According to the Governor, the new Equiano cable system will deliver twenty times as much network capacity as any of the existing systems serving Nigeria and this means much faster internet speeds, reduced cost, and greater access for our people.

He said, “The net effect of this is much-needed jobs and economic growth. The economic impact assessment for the project estimates that Nigeria will enjoy a boost of 1.6 million jobs and $10 billion in additional Gross Domestic Product (GDP) over the next three years, on account of the new cable system.

“Very fittingly, this new cable system has been named after a Nigerian hero, Olaudah Equiano, who survived enslavement in the 18th century, and went on to become a famous writer and anti-slavery activist. I am told that this new Equiano cable system, landing today, will deliver twenty times as much network capacity as any of the existing systems serving Nigeria.

This means much faster internet speeds, reduced costs, and greater access for our people. The net effect of this is much-needed jobs and economic growth.“There is much to be excited about, at a time like this in the unfolding history of Lagos State and of Nigeria.

We are seeing an unprecedented inflow of investments into every part of Lagos, from local and foreign investors who understand the immense business and commercial potential that the State symbolizes.

We say it often, that wherever Lagos goes, Nigeria and West Africa follow. With this in mind, as the government of Lagos State, we are more than ever determined to deliver on our promise to make and maintain Lagos as a safe, livable, innovative and prosperous megacity.”

Google’s West Africa Director, Juliet Ehimuan-Chiazor, said, “Nigeria is sub-Saharan Africa’s largest economy. Still, the share of people using the internet stood at approximately 35% as of 2020 – double what it was in 2012. Across much of the country, people lack affordable, reliable & quality access, which limits their ability to benefit from, and contribute to, the digital economy.

“Since 2017, the Nigerian government has been actively working on its digital transformation programs as part of plans to grow its domestic sectors. These initiatives have proven pivotal to the success of many industries in the country, especially the start-up space. In the last five years, start-ups in Nigeria have produced five unicorns (start-ups valued at over a billion dollars).

“Businesses are also benefiting significantly from the usage of internet platforms, with total e-commerce annual expenditure predicted to climb to $75 billion by 2025, up from its current projection of $12 billion.”