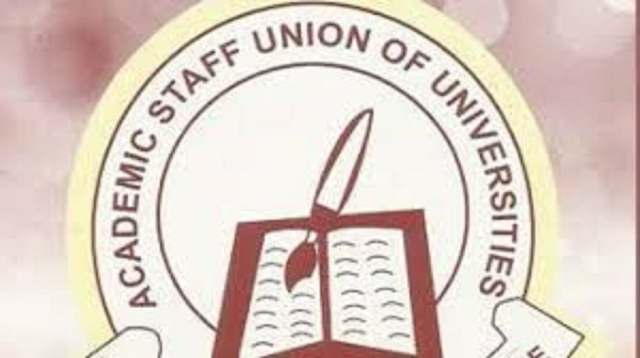 WITHIN two weeks of the conditional suspension of the nine-month strike embarked upon by the Academic Staff Union of Universities, ASUU, the Federal Government has stuck to her notoriety of flouting agreements willingly reached with the intellectual union.

As intellectuals, the union was wise when it said the strike would be ‘conditionally suspended’ and would be reactivated should the Federal Government renege.

As at December 31, 2020, the Federal Government failed to fulfil three agreements reached with the union. One, the Federal Government promised to release N40billion Earned Academic/Earned Allowances to offset part of the outstanding claims of the members of all registered Trade Union in the Universities on or before December 31, 2020 but it did not.

Two, lecturers received only two months salaries out of six months (including December 2020 salaries) owed lecturers. Not all lecturers were even paid the two months. In the University of Ibadan for example, a list of over 120 lecturers who did not receive payments for the two months is being compiled.

In some other universities, some have not received anything since February 2020! Three, payment of deducted check-off dues of the union ought to start on or before December 31, 2020 as promised but the Federal Government also failed to deliver!

It is because of these early breaches that this piece brings the public into the contents of the agreement Federal Government signed with ASUU before the conditional suspension of the strike on December 24, 2020.

I show how the bulk of Federal Government’s agreement with ASUU was 98 per cent of promise notes with two percent demands met as against the claim by the Minister of Labour and Employment Chris Ngige that 98 per cent percent of ASUU demands had been met while only two percent were promise notes.

With regards to the funding for the revitalisation of public universities, government promised to pay public funded universities (not ASUU) N30 billion on or before January 31, 2021 as part of one tranche of an expected N220 billion government supposed to pay as a sign that they are still committed to implementing the Memorandum of Understanding signed with the Union in 2013.

Recall that Federal Government inaugurated needs assessment committees to assess the level of decay in publicly funded varsities in 2012 and come up with what it will take to reposition it to attain global standards.

The assessment was undertaken in 74 (37 federal and 37 states) public funded universities. Federal Government committee recommended that a total of N1.3 trillion would be needed to make Nigerian universities close to world standards. They agreed it will be paid between 2014 and 2018.

However, since assuming office in 2015, the administration of President Muhammadu Buhari government has been consistent in reducing budgetary allocation to education and did nothing with the agreement until another strike in 2019 when the Muhammadu Buhari paid N20 billion (instead of N220billion for 2015) to revitalise public varsities as a show of commitment to the agreement.

President Muhammadu Buhari’s government promised to pay N55billion each quarter but failed woefully to do this until another strike in 2020. Buhari’s government is now planning a committee that will meet by the end of February 2021 to “work out implementable schedule for the payment of the balance of N170 billion”.

Note that the payment ought to have lapsed in 2018 if we had responsible government. If that had been done, things would have improved and children of the masses who populate public varsities would have had opportunity to learn like human beings while lecturers would have been teaching in research-friendly environments. Unfortunately, with the present characters in leadership, they will have to wait a little longer.

In relation to withheld lecturers’ salaries, the Federal Government promised to pay lecturers who had not enrolled in the Integrated Personnel and Payroll Information System, IPPIS, in instalments starting in December 2020 and ending on January 31, 2021.

Many universities have updated their lists with the office of the Accountant General of the Federation as agreed and they are waiting to get their salaries.

The National Universities Commission, NUC, and Federal Ministry of Education reported that the process of mainstreaming the Earned Academic Allowances into the national budget had been concluded and sent to the National Assembly who agreed to include it “provided the amount involved is sent in as quickly as possible by the Federal Ministry of Education”.

ASUU leadership cannot afford to sleep now and needs to track this in the signed 2021 budget to be sure this has been done. On the reconstitution of a committee for the renegotiation of 2009 agreements, the committee was inaugurated on December 2, 2020 and has eight weeks to conclude negotiations. Government has also promised to implement the negotiated position without delay.

With regards to the University Transparency and Accountability Solutions, UTAS, proposed by ASUU as appropriate to capture the peculiarities of the University System, the Minister of Labour and Employment, Chris Ngige, promised to follow up on the testing process and “ensure deployment of the UTAS for the payment of salaries of staff of universities.”

When UTAS will be deployed would be decided at a meeting to be convened at the end of February this year.

Above are the promise notes that made ASUU to suspend the strike conditionally. Of course, the union has threatened to down tools should government renege on the understanding it reached with the union.

ASUU members are ready to return to teach (because they have been doing their researches and rendering community services while the strike lasted) but not in elated spirit as they experience early breaches in the truce. It is left to President Muhammadu Buhari to prove he is trustworthy and keep his side of the truce.

Emerging issues are: How will lectures be delivered in our congested lecture rooms with the threat of a new variant of COVID-19 that is more contagious and deadly?

Where will water for hand washing come from when many public varsities don’t have functional water supply to even keep a clean toilet? Where will sanitisers as social responsibility of government come from apart from telling people to take responsibility?

Has government inserted money in the budget to fund migration from the face-to-face to online teaching as a response to COVID-19?

Government owns her varsities and ought to be responsible and invest in the future of her future generations, but with dereliction to her duties to give Nigerians sound and qualitative education, ASUU’s altruism has made it a duty to hold government accountable and make her responsible.

It is sad that the same government that finds it hard to provide quality education to law-abiding children is happy funding terrorists’ education abroad.

Early breaches in the covenant with ASUU are not signs of good omen and it will be sad if this government that mounted leadership on change mantra cannot allow positive change in education to begin with it by make up for breaches. A stitch in time saves nine.