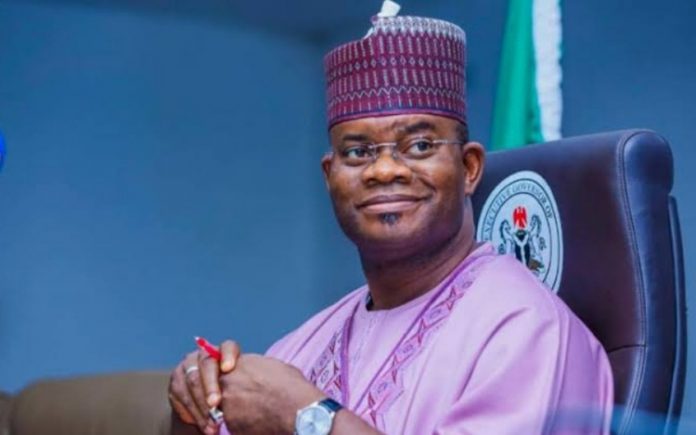 …campaign organisation says Bello has consistently been at the forefront of the contest.

The Kogi State Governor, Yahaya Bello, has become the first All Progressive Congress (APC) aspirant to purchase the expression of interest and nomination forms to contest the 2023 presidential election with the payment of N100 million on Tuesday.

This was confirmed in a statement issued by the Director, Media and Publicity of the Yahaya Bello Presidential Campaign Organization, Mrs Yemi Kolapo, on Tuesday in Abuja.

Kolapo said, “This made him the first to officially seal his aspiration to the office of the President of the Federal Republic of Nigeria in 2023.’’

She said with the payment for the forms, Bello’s teeming supporters should be rest assured that he would be on the ballot paper in the 2023 presidential race.

She said, “We are highly encouraged by the number of APC governors, leaders and stakeholders who have demonstrated their strong support for the candidacy of our principal.

“We reiterate that he is not known for betrayal. He is always very loyal to his own, and his priorities had always been Nigeria, Nigeria and Nigeria.

“Though the race officially begins now, it is on record that Bello has consistently been at the forefront of the contest.

“He has demonstrated this again by being the first to pay for the APC expression of interest and nomination forms.

“We urge delegates and indeed all Nigerians to shun divisive narratives in the interest of the nation and choose the best of the lot.’’

Kolapo was optimistic that the APC Abdullahi Adamu-led National Working Committee (NWC) would put the interest of the party and that of Nigeria first in its activities for the emergence of the party’s 2023 presidential candidate.

Recall that on April 2, Governor Yahaya Bello formally declared to run for the office of the President in 2023 at the Eagles Square in Abuja with a promise to build on the legacy of President Muhammadu Buhari by creating 20 million naira millionaires in the country by 2030.

The APC had on April 20, after its emergency National Executive Committee (NEC) meeting at Transcorp Hilton, Abuja, fixed its presidential nomination and expression of interest forms at N100 million.

The expression of interest form for presidential aspirants is expected to go for N30 million while the nomination form is pegged at N70 million.

KAFFY HITS BACK ON TROLLS WHO CRITICIZES HER (SEE WHY KAFFY...

COVID-19, technology and the new face of small businesses