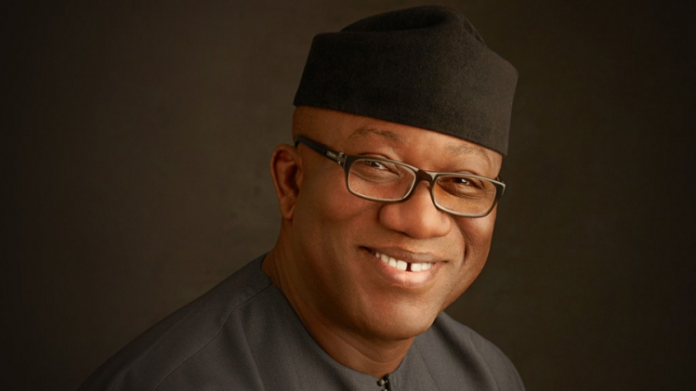 Urge that more should be done towards securing the country.

The Nigerian Governors’ Forum (NGF) disclosed that it donated the sum of N50 million to the victims of the Abuja-Kaduna train attack.

The forum announced that the donation was made to the Kaduna State Government, which was disclosed in a statement by the NGF on Friday evening.

NGF said its Chairman, Governor of Ekiti, Dr Kayode Fayemi made the donation during a delegation meeting in Kaduna State.

Fayemi disclosed that the NGF delegation visited Kaduna State to commiserate with the government and people on the train attack which claimed lives and has left several others in captivity.

”Regrettably, the criminals were audacious enough to also take away some hostages which raised the state of insecurity, which has virtually thrown Kaduna in the mix,” Fayemi said.

He regretted that, ”everything is currently unnecessarily revolving around 2023,” urging that more should be done towards securing the country.

”Whatever it is, governors would continue to work with President Muhammadu Buhari to bring sanity back to the country,” he said.

He added that governors must join hands with the President to deal ruthlessly with the bandits, that they be crushed.

Recall that in late March, some terrorists attacked an Abuja-Kaduna train with many passengers on board. The attack which occurred a few kilometres from the Kaduna metropolis had about 8 people killed, with dozens injured and some others suspected to have been kidnapped by the bandits.

The Kaduna State Government had announced that 398 passengers bought tickets for the trip on the Abuja-Kaduna train service which was attacked by terrorists with the release of the passenger manifest by the Nigerian Railway Corporation (NRC).