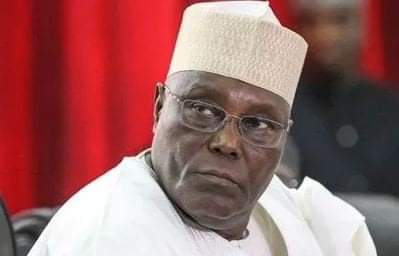 The gunmen took the wife and son of the policeman away when they did not meet him at home in Adamawa State.
Report indicated that the incident took place on Monday night in Yolde-Pate, Yola.

The Atiku’s aide, whose name was not given was said to have come to Adamawa with the former vice president at the weekend.

“The kidnappers believed that the police personnel, being so close to Atiku, would have money, so they went for him but took his wife and son when they did not find him,” the source said.

In another development, kidnappers were said to have abducted an elder brother of the state Majority Leader Hammantukur Yetisuri.

He was reportedly abducted from his home in Jada Mbulo by gunmen who demanded N50 million as ransom.
Police Public Relations Officer, Adamawa Police Command, Suleiman Nguroje, confirmed the two abductions, including the aide to Atiku being a police officer, but he did not give names.

According to him, the police would do everything to free the abductees.

HURIDE Condemns Harassment of ENDSARS Promoters… Calls For The Sack of...