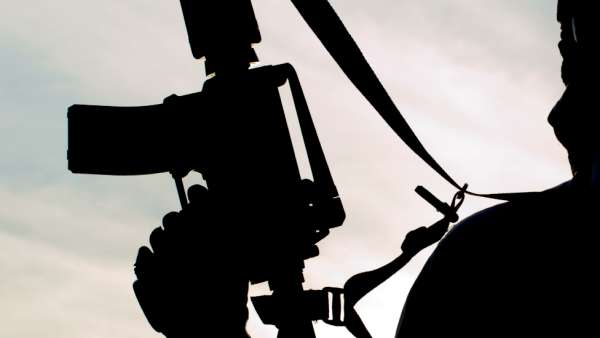 Gunmen suspected to be assassins have shot dead a  businessman, James Innocent, at his residence in Ibagwa-Ani,  Nsukka Local Government Area of Enugu State.

The incident happened in the early hours of Friday, October 1, Independence Day, which the Indigenous People of Biafra (IPOB) also declared as sit-at-home in the South East zone.

Narrating the incident to our reporter who was in company with the member representing Nsukka West Constituency in the Enugu House of Assembly, Mr. Emma Ugwuerua and the Administrator, Nsukka West Development Centre, Mr. Dominic Ajibo, that paid a condolence visit to the deceased’s family, a close family source who spoke under anonymity said the assailants invaded Innocent’s house at about 4am and dragged him out of his room after attempts to lure him out failed.

The source said that the gunmen, on arrival, reportedly told the deceased that some criminals were looting his provisions  store, which was a few metres away from his house, but he refused to yield to their antics.

According to the source, “When he refused to open the  door, his assailants released three gunshots, which  shattered the Alumaco window of the room, and used dynamite to force the iron door open.

“They dragged him out of the room and shot him dead. After they had gruesomely murdered him, they released two gunshots again and went away.”

Daily Sun gathered that the deceased hailed from Taraba State, while his wife, Lami James Ifeoma, hailed from Ovoko, in Igbo Eze-South LGA, Enugu State. The incident has been reported to the police at Okpuje Division, while his body was deposited at Bishop Shanahan Hospital mortuary, Nsukka.

Enugu State Police Public Relation Officer, Mr. Daniel Ndukwe, said there was a reported case of suspected assassination, adding that investigation had commenced to ascertain those behind the dastardly act.

In another development, arsonists on Friday set fire to some sections of the Nsukka West Development Centre Secretariat, damaging property worth milions of naira.