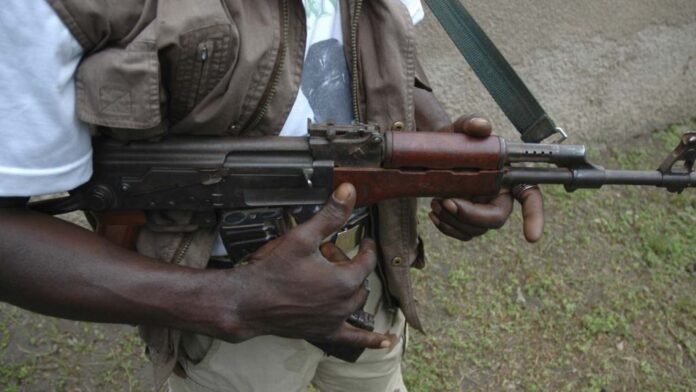 Gunmen kill policeman who arrested hemp smoker, cart away his AK-47 in Kaduna

Suspected gunmen have killed a police officer in Kafanchan who went to arrest an Indian hemp smoker.

They also carted away his rifle on Saturday night along Jos street in Kafanchan, the headquarters of Jema’a local government area of Kaduna State.

Journalists were told that the Police Officer, Sgt. John Auta, was said to have been working at a Hotel Annex in Ogbomoso Street, Kafanchan.

“The victim was ordered  to take a suspect who was apprehended smoking Indian hemp to the Divisional headquarters.

”While  he was on his way back from the station, he was shot and died. His corpse was later discovered,” said a source.

Journalists were still awaiting official reaction from  the State Police Public Relations Officer, Mohammed Jalige, as at press time. He had promised to revert.