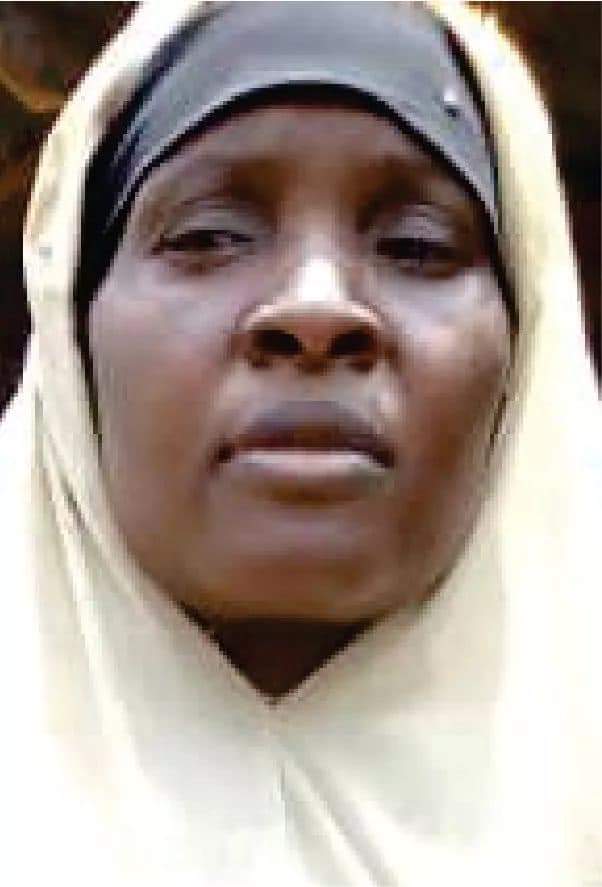 These are not the best of times for Mr. Philip Tersso, a native of Yelwata community, Nasarawa State and his wife, Mary. The once loving husband is up in arms against his wife after finding that she was pregnant for his friend and consequently resolved to bury her alive for her alleged act of infidelity.

To make good his plan, Tersso had dug a grave in which she planned to bury Mary, whose pregnancy for Tersso’s friend, Aondowase Chiahemba, was already three months old. Timely intervention of the leaders of the community and the police, however, saved Mary as Philip was arrested and taken into custody before he could complete the execution of his plan.

Trouble was said to have begun some months ago when Tersso fell very illhe would not be able to recover from the sickness, told him that she would be getting married to Chiahemba in Tersso’s absence. Unknown to Tersso, Mary was already pregnant for Chiahemba at the point she was talking to him on his sick bed.

Angered by Mary’s words and act of infidelity, Tesso dug a grave after he had recovered from the sickness with a plan to her alive and also take his own life.

“I cannot blame Mr Aondowase but my wife. I truly feel as if someone has ripped my heart out, more so that I was down with sickness and she was busy sleeping with a close friend.

“It is the cruelest betrayal in my entire life, my wife is a big disappointment and I can never forgive her. I felt utterly duped and cheated when she opened her mouth and told me with a vow not to abort it.

“My whole world has been turned upside down. The only way to pay her back is to bury her alive, so that she would feel the pains of wishing me dead while I was sick.”

Confessing to the crime before the vigilance group in Toto, Tersso said he planned to bury Mary alive because of her comment and attitude.

He said: “I cannot imagine my own wife telling me that if I die, she will remarry. Besides, she is already pregnant for the man.

“I lost my temper when I recovered from my illness and decided that she should die before me since she wished me death.

“I’m not regretting my actions or plans. Since she wanted me to die, I should send her to the grave alive so that her planned marriage after my death will not be possible.

“She shouldn’t have been pregnant for another man while I was sick. It means she wished me death.

“There is power in spoken words, so let her go into the grave before me, since I did not die as she prayed.”

Recalling how he and Mary became husband and wife, he recalled that he met her about 12 years ago at a burial in Uvir, Guma Local Government Area, Benue State.

He said: “I still have flashes from that time 12 years ago when I walked into the wake keep for the burial. It was a celebration of life because the woman was about 74 years old before she died.

“I was furling my wieldy umbrella for the coat check when I saw her standing alone in a corner. She was a woman in a state of total array, her hair was kempt, her clothing shoveled, and she moved in a gay way.

“I approached her and she responded well, and I was happy that she considered me a savoury character who was up to something good.

“She told me who she was, the conversation become more and more choate, and we spoke at length to much avail.

“We continued the relationship and ended up as husband and wife two years later.”

Tersso, 49, who holds a diploma certificate, said their 10-year-old marriage went on well.

“Even though the fertility challenge was there, we were finding ways to address it,” he said, noting that his wife suddenly lost patience “and decided to have sex with my friend when I was sick.

“I am fully aware that people were talking and asking questions. My family members were no longer comfortable with the way things were going; that we got married over 10 years now without any issue, and we were tracing the issue. But she lost patience and went into a deal with my friend

“I suspected their closeness at a point and somebody raised the issue with me but I never believed my own wife could open her legs for my own friend, more so that I was very sick.

“I also did not believe my friend would ever contemplate doing such to me, especially when I was down. But both of them have proved me wrong.

“My anger is with my wife. When she told me that she was pregnant, both of us knew that I was not responsible for it, because we did not have sex during my sickness.

“She has shamed me. She has ruined my life and I have decided that if I have my way, I will pay her back in almost the same way by burying her alive, because I don’t want to see her any longer in my life.

“I want to eliminate her completely from this world. That was why I dug this grave to put her inside and cover her.”

Tersso said that he was not unaware of the consequences of his planned actions, but he could not understand why his wife would have an affair with his friend at the time he was sick, reiterating that burying his wife alive was the only punishment that could compare to what she did to him. She also said that Mary committed an abomination by having sex with a man other than her husband.

Asked how his in-laws would have felt about burying his wife alive, he said: “It is their own business. Their daughter disappointed me and I will also disappoint them. She is very lucky that I revealed my plans to her out of anger and she escaped it.”

In her own response, Mary told journalist about the threats she had received from her husband before the incident.

She said: “When my husband told me that he would cut me into pieces and put me in a sack, I thought he was joking. But he went ahead and dug a 10-feet grave beside his late father’s grave.

“My offence was that when he was sick, I concluded that he might die because we went to several hospitals to no avail. We resorted to traditional herbs.

“In the process, I decided to test my fertility with another man who, unfortunately, is his friend, and I took in.

“I refused to abort the pregnancy and never hid it from him when he recovered.”

“My neighbours advised me to seek refuge elsewhere since my husband’s illness had turned his brain. He was bitter and wanted to revenge by burying me alive. He wanted to kill me because I had sex with another man and I am pregnant for him.

“I regret my actions. It was the devil’s work. I made a mistake and I feel so guilty.

“My husband and I have been trying for about nine years to have a baby, and if this baby is not his, it will destroy him.

“I know from day one that he would feel bad, but I have no choice but to prepare his mind that the baby does not belong to him but to his close friend.

“For about 10 years now, he was not able to get me pregnant and I decided to test my fertility elsewhere.

“My husband has been denying me sex. He had not slept with me for a long time before he fell sick.

“I almost thought of leaving him because I am a human being and he cannot starve me of sex for that long. That also contributed to my mistakenly falling in love with his friend. I have feelings too”

Although she said she regretted her actions, she insisted that she would not abort the pregnancy because age is no longer on her side. She also said she planned to deliver the baby in her father’s house.

He, however, said he would not support any act of infidelity.

“I don’t support the idea of having sex with your husband’s friend just because you are desperate for a child, especially when he is sick. And then you have the guts to tell your husband about it.

“Even at that, the husband over-reacted. His decision (to bury her alive) was not the best, and I wouldn’t have allowed him to go free.

“I am not saying my daughter is right, but his plans were too shocking if he had succeeded. That is all I can say for now. But I thank God he did not succeed.

Village elders, headed by Audu Ode, were said to be handling the matter, trying to sort out certain areas of grievances with Tersso before the option of handing him over to the appropriate authorities.

Audu said he would report the matter to the police but would plead with them to hold on until certain traditional rites are performed, adding that the man might be suffering from brain damage arising from his sickness.

Efforts made by journalist to reach out to Mr Aondiwase yielded no result as he was said to have gone underground for fear of being harmed by his friend.

The Public Relations Officer of Nasarawa State Police Command, Ramham Nansel, said the headquarters of the police command was yet to receive any report on the matter.