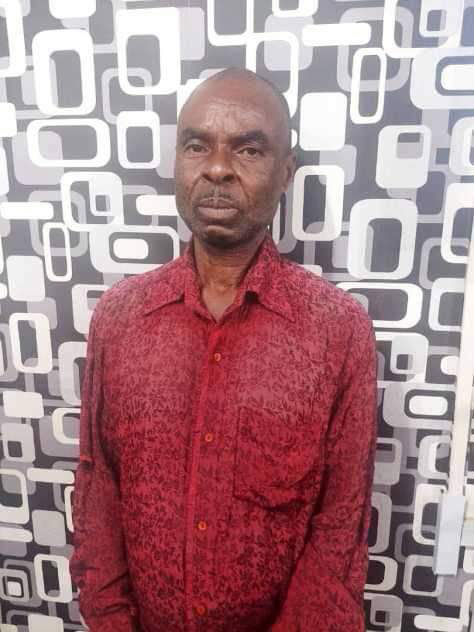 This 49 year old man, Ubong Williams Akpan, has been arrested by police in Ogun state for unlawfully having carnal knowledge of his 12 years old daughter.

Akpan was arrested following a complaint by his daughter, who reported that her father had been abusing her sexually since she was seven years old.

The sex abuse has been going on for the past five years, and she decided to report to the police when she could no longer bear it.

Police said Akpan confessed to committing the crime, claiming that his wife ‘is appearing too old, and she is no longer looking attractive to him. ‘
Akpan will appear in court soon for trial..
(Source: LIB)

ANOTHER PRIMATE AYODELE’S 2022 PROPHECY ON SUNDAY IGBOHO COMES TO PASS...