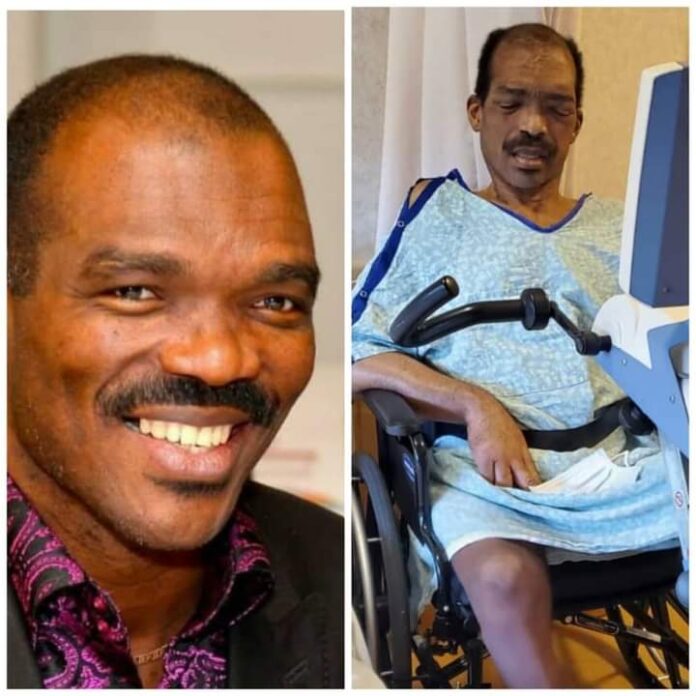 Nollywood producer, film playwright and director, John Uche Ikemefuma is currently battling for his life in the United States.

Thebladengr.com gathered that John Ikem was diagnosed with membranous nephropathy in November of 2019 and had been fighting this kidney disease ever since then.

According to a post on Facebook by Nollywood actor and singer Darlene Benson Cobham, John has been admitted to the hospital several times. He also went into a coma for two weeks in October last year due to complications from Covid-19.

John, a father of two beautiful teenage girls who lost his wife in February of 2019 has been in the hospital since then.

Right now, the family is soliciting for funds to support John to get back on his feet and live a normal life again and are begging Nigerians to help in contributing money towards paying his hospital bills.

*Pls donate to his GoFundMe: gf.me/u/znmhsz

The takeaways from President Buhari’s visit to Russia

NIGERIA PERFORMING BELOW POTENTIAL BECAUSE OF MISMANAGEMENT – Access Bank Chairman

MEET THE FEMALE CANDIDATE WHO MAY DEFEAT TINUBU, ATIKU, OTHERS TO...