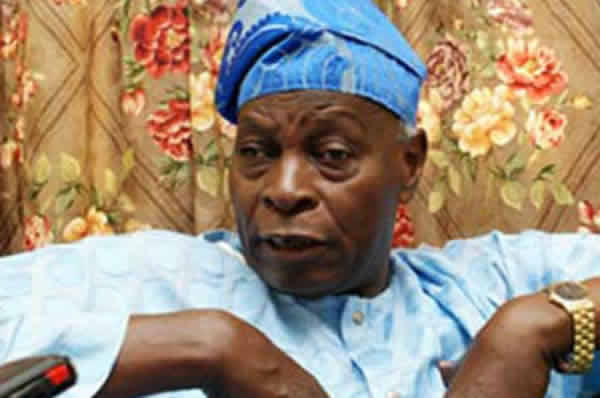 A former Secretary to the Government of the Federation,  Chief Olu Falae on Monday raised the alarm over the alleged invasion of his farm by some Fulani herdsmen who allegedly destroyed harvested crops worth millions of naira.

The elder statesman said the attack had been happening for the past few weeks, stating that he had reported to the police and the state chairman of Miyetti Allah but there was no change.

He said some policemen were sent to the farm,  who drove the bandits away but the following day after the police had left,  the herdsmen returned to the farm,  stole some crops, and destroyed the ones they could not take away.

The bandits also allegedly attacked the residence of the farmworkers with dangerous weapons and chased away the staff.

One of the staff said he escaped through the windows when the herdsmen arrived at their residence,  stating that the herdsmen allegedly ransacked their rooms and took away their belongings including cash and cutlasses.

In a letter addressed to the Commander of the state security outfit, Chief Adetunji Adeleye, the former Minister for Finance urged the security outfit to save his farm from the incessant invasion of the herdsmen.

The letter,  titled ‘ Attacks on my farm by Fulani herdsmen’ was made available to our correspondent on Monday.

The letter read,  ” In the last few weeks, Fulani herdsmen came into my maize farm twice to eat up and trample large sessions of the farm. I reported the incidents to Alhaji Bello. Chairman Meiyetti Allah for Ondo State, nothing has happened.

“In the last few days, they have gone to attack my citrus farm by stealing harvested oranges and destroying what they could not carry away. The police on security duty on the farm were sent to drive them away. But they have been coming back every night to attack my workers in our camp, breaking their door and carting away all their belongings!

“Please let Amotekun save us and our livelihood. They kidnapped me on 21st September 2015; they should not be allowed to do it again.”

When contacted the Amotekun Commander, Adeleye, confirmed the receipt of the Falae’s letter,  saying ” We are working on it.”

GULF OF GUINEA PIRACY: WHAT TO EXPECT IN 2022