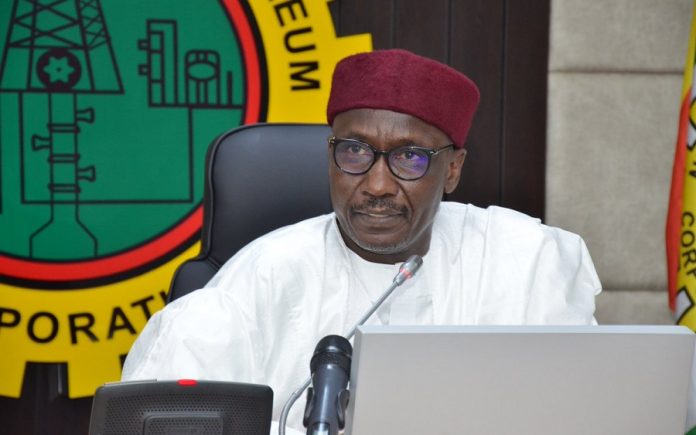 Nigeria’s state oil corporation, NNPC reported a group profit after tax of N287.2 billion in the financial year ended December 2020. The result is an improvement from the N1.76 billion and N803.1 billion losses reported in 2019 and 2018 respectively.

The results also caught many by surprise considering the state of the economy in 2020, especially for Nigeria’s crude oil production output. In addition, the NNPC recorded massive losses from its refineries all of which continue to operate without refining a single drop of petroleum products.

The expenses incurred and impact covid-19 had on its profits was expected to lead them to massive losses in 2020.

In the first of a series of articles analyzing the results, we take a closer look at the group’s impressive profit and how it was able to achieve it.

A bit of a warning, the analysis might include a lot of numbers so be patient as your go with the flow. We have however tried to make it as simple a read as we possibly can.

In fact, NNPC reported a gross profit, which is derived after deducting the direct cost of selling from revenues, of N64.7 billion, much less than the N714 billion reported in 2019.

This gross profit is equivalent to just 1.7% of revenue which in most cases will surely lead to a loss after tax.

NNPC thin gross margins were mostly due to the N2.23 trillion it incurred as under-recovery for the year from the sale of petroleum products, which government subsidizes. NNPC’s revenue of N3.7 includes sales of PMS, DPK and AGO.

In fact, after earning just N64.7 billion in gross profits, it incurred another N714.5 billion in operating expenses during the year, which took the company to an operating loss before impairment of 649.7 billion.

However, NNPC ended up posting a sizeable profit when it probably was destined for another year of massive losses.

So how did they end up going from an operating loss before impairment, interest payment and taxes to achieving an impressive profit of N287.2 billion?

Further analysis of NNPC’s results provides clearer details into how they actually posted the profit of N287.2 billion in 2020. Two major factors made the difference.

Firstly, NNPC reported that it had a “Net Impairment reversal” of N718.4 billion in December 2020 compared to N273.6 billion in impairment receivables in 2019.

We will explain what this means in a bit. A huge chunk of the reversal belongs to NPDC a subsidiary of NNPC.

Secondly, NNPC also earned a whopping N675.6 billion in other income, which in financial statements represents the income earned from other sources that are not directly tied to what the company actually does. We will explain that also.

Add the two incomes, the impairment reversal, and the other income, you get an extra income of N1.39 trillion which is enough to absorb the operating expenses of N714.5 billion (mentioned above), pay over N431.8 billion in taxes and retain a profit of N287.2 billion.

In accounting, it is a requirement that businesses evaluate whether they can receive money owed to them by their debtors (trade). If for example your debtors owe you N1000 and there is plausible doubt that you cannot recover N400, then you incur an impairment of N400, which is written against your profit. If you, however, in future, recover the N400 you can write it back to profits in the year that it is recovered. This is what NNPC has done.

“The impairment reversals during the year relate to mainly recovery of strategic alliance receivable amounts from the Federation and reversal of full impairment on receivables which are no longer doubtful. These amounts are fully impaired in previous years.”

So, what does this mean? We dug deeper and found out that the amount represents transactions carried out on behalf of the Federal Government in prior years which NNPC had written off as bad debts.

However, it appears it has now struck a deal with the government to write back the debts thus moving it back to the Federal Government or “federation” as it claimed.

What is however interesting to note is that a recovery of bad debt is typically represented by cash payment. But in this case, NNPC did not receive actual cash from the government.

Rather, it appears that it simply moved the bad debt to the government and then netted this off against what it is owing the government. It is somewhat unconventional but allowed under accounting rules.

To get a better understanding, we went to NPDC’s accounts which provides a better explanation for the impairment write back.

According to NPDC, which we suspect has about N467 billion of the impairment reversed, these were deals gone bad in prior years, 2014 and 2016 to be precise with Atlantic Energy Drilling Concepts Limited (AEDC), Atlantic Energy Brass Development (AEBD) Limited and Septa Energy Nigeria Limited.

According to NPDC, it received “approval from the President and the National Economic Council to effect the net-off of the amount of $1.57 billion (N595.8 billion) receivable from AEDC and AEBD, against the company’s indebtedness to the Federation.” This looks like a really murky transaction gone bad.

The N675 billion earned from other income represents earnings from about 20 other sources where the NNPC also makes money. They are separated from revenues because they are not typically earned in the ordinary course of business operations. We will look at the major sources that represent up to 80% of the total.

Variation in crude stock which the NNPC describes as “movement in crude inventory, underlift and overlift positions” raked in N250.1 billion. It was zero in 2019.

Overlifts/Underlifts positions are oil production sharing agreements between the corporation and its partners where an underlifts represents a receivable from a partner (asset) and overlift represents a payable to a partner (liability).

It appears this was a net asset for NNPC meaning it earned more from underlift compared to overlift positions.

Another major other income earned was a N157 billion “Sundry Income” which it claims are “amounts recovered from the Federation relating to strategic alliance balances.”

This again is similar to the amount it wrote back. NNPC also reported N110.6 billion as part of other income and explains that it was “received from the Federation for expenses incurred on their behalf which had been previously written off.” Sound familiar?

In total, NNPC made – N713.3 billion (impairment write back), N157 billion (Sundry Income) and N110.6 billion (recovered from federation) – in total N980.9 billion from writebacks from the government.

NNPC was able to make a profit in 2020 because of writebacks and recovery of debts it got from the Federal Government. Most critics will attribute this to financial engineering, but it is perfectly legal and allowed in accounting since it was audited by PWC, SIAO Partners and Muhtari Dangana & Co.

Were it not for the writebacks, NNPC could have ended the year with yet another whopping loss after tax. Writebacks often result in cash receipts but this was not the case here. NNPC simpy netted off the write back from what it was owing the government.

Despite the impressive profits, NNPC as a group still carries an accumulated loss of N1.5 trillion. This means it cannot pay dividends until the losses are repaid. Most of it is due to its loss-making refineries.

Also, it is important to note that despite the paper profits declared by NNPC, a major reason for its bad performance is the under-recovery from the sale of petroleum products at subsidized rates.

SENSATION ARTISTE, HOLMES IS SET TO DROP HIS FIRST BODY OF...

NIGERIA SHOULD SEEK WAYS OF HARNESSING ITS SPORTING TALENTS AND GO...