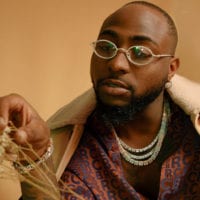 Following reports of an alleged altercation between Davido and Burna Boy at a certain  club twist in Ghana, Davido has taken to his twitter account to air his feelings saying “I go leave this music for Una.”

These reports of Davido and Burna Boy exchanging blows at the club surfaced in the early hours of the 28th December and were accompanied by videos of an obviously angry Davido walking out of the club amidst some of his crew members.

Fellow music star and estranged friend who has been seen partying several times with Burna Boy, Wizkid was also spotted in one of the video clips, standing several feet away from the fray, seemingly unbothered.

The current situation between Burna Boy and Davido is yet unknown and reports of the fight remain unconfirmed but the two have been at loggerheads for unknown reasons since late last year after Burna Boy’s debut on the Grammy stage.

Twitter users have since reacted to Davido’s tweets with polar opinions; some are sympathetic of his feelings and state that he has suffered severely from bullying, while others are of the opinion that the bullying is nothing out of the ordinary and comes with the trade.

What do you think of Davido’s outcry?

HOW PRIMATE AYODELE PREDICTED ERNEST SONEKAN’S DEATH IN HIS 2022 PROPHECIES...