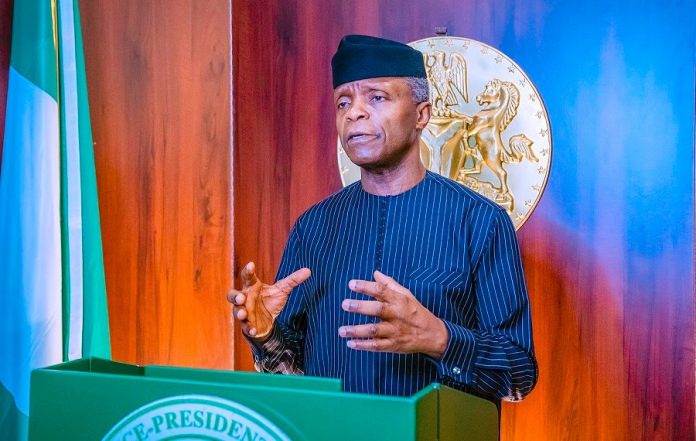 Professor Yemi Osinbajo, Nigeria’s Vice President and one of the presidential aspirants in the 2023 elections has said that in order for the country to attain great potential, the people must be united.

The VP disclosed this in a statement which was issued while visiting Zamfara and Katsina States as he proceeds on his interactions with All Progressives Congress delegates across the country.

According to the statement, which was issued and signed by his media aide, Laolu Akande, the VP noted that a united nation will attain true greatness.

Professor Osinbajo said he hopes to make the country truly great which can only be achieved if everyone works together.

He said, “One of the most important things for our country is that we must be united, there is no other way. The reason is because the greatness of this country depends on our numbers and diversity.

“If you look at other African countries, many of them are smaller than states in Nigeria. This is a country that works best when we are together. Despite religion and tribe, every one of us must come together.

“I look forward to ensuring that our country becomes one that is truly great. But it can only realise its true potential, if we all work together to achieve that potential.

“I know that this country can be united because the people of this country want to be united and work together. If we are united in this country, everything will work easily. For me, one of the most important things is fairness and balance,” Mr Osinbajo said.

Professor Osinbajo declared his intention to run for the office of the president on April 11. He will contest under the All Progressives Congress if he emerges winner in the party’s primaries.