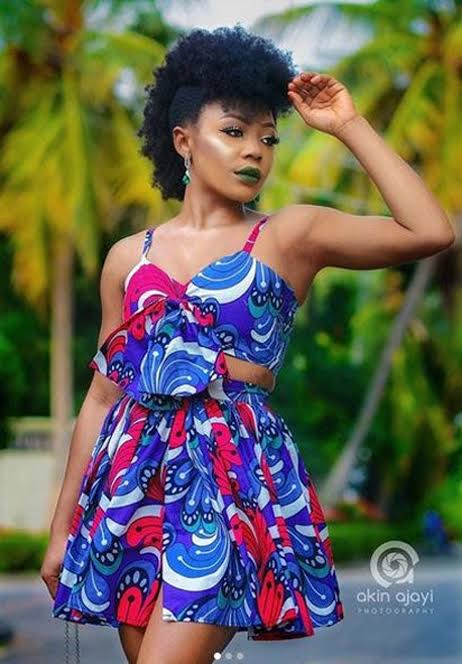 Reality TV star and beauty entrepreneur, Ifu Ennada, has shared an emotional story about her childhood. The actress wrote in a lengthy Instagram caption that she was born into a very poor home.

She revealed that her family was so poor that her younger brother died in the village because they could not afford good healthcare.

Her caption is for a collaged image showing her younger self looking skinny. She said she was dried up from starvation.

Part of her caption reads:
“In my old picture I was dried up from starvation, not sickness, pure starvation, but you can see the smile on my face and the ipad in my hand – a sign that Hope was/is still alive and that I was still working. I was born with “no spoon” at all and moved back to the village twice when we couldn’t afford to live in Lagos anymore.

“It was in the village I helplessly watched my younger brother die in front of me because we were so poor we couldn’t afford good healthcare… I call myself “Ifu Ennada”, which means “Nothing is Impossible with God”. I do not take God’s Grace for granted and will always have Faith in Him, no matter how things get or how many times I cry.”