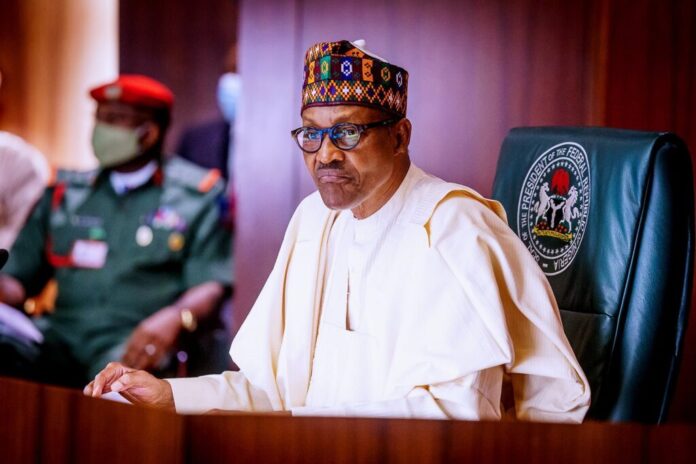 …Tasks stakeholders on environmental degradation, others

President Muhammadu Buhari, Friday, accepted to implement the 16-point agenda outlined by the Pan-Niger Delta Forum, PANDEF, as minimum preconditions for peace and stability as well as development in the region.

President Buhari, who gave the assurance while addressing stakeholders at the 4th meeting of the National Council on Niger Delta, in Port Harcourt, the Rivers State, said the government was ready to implement the 16 point agenda in order to sustain the relative peace in the region.

He noted that  the outcome of the federal government engagement with elders in the region have provided his administration the opportunity to ascertain the diverse needs of stakeholders in the Region and experience some of the critical developmental challenges confronting the people of the region.

Buhari, who was represented by the Minister of Niger Delta Affairs, Senator Godswill Akpabio at the Council with theme “Achieving Uncommon Development in the Niger Delta: Roadmap and Strategy”, claimed that the relative peace in the region was a manifestation of the commitment of government to implement those concerns expressed by PANDEF.

According to him, “The government is repositioning the Niger Delta Development Commission, NDDC, and the Amnesty Programme to ensure they deliver on their objectives and mandate.”

He disclosed further that the completion of the East-West road, which is a priority to his administration, has been handed over to the Ministry of Niger Delta Affairs and assured that the project will be delivered by the end of 2021 or early March 2022.

While commending the leaders and youths in the region for the relative peace and security the nation is experiencing in the Region, the President admitted that the government was aware of the deplorable state of infrastructure both human and capital in the region.

Buhari said efforts are being made to stem the tide and transform the physical and economic fortunes of the Region.

He said, “The on-going forensic audit of NDDC is expected to reposition the Commission and galvanise it towards optimal performance to provide the needed infrastructural and socio-economic development for the people of the Niger Delta Region.

“I am aware that due to the commitment and efforts of the Honourable Minister, the NDDC Headquarter building, which has been on-going in the last 24 years, has been completed and awaiting commissioning by Ministers for the Ministry of Niger Delta Affairs was a deliberate action to fast-track and bring uncommon development in the Niger Delta Region considering their wealth of experience and knowledge of the challenges faced by the good people of the Niger Delta Region.

“I am delighted to note that the new leadership in the Ministry has prioritized the implementation of the Harmonization of all Developmental Plans of all Agencies and Development Partners operating in the Niger Delta Region into a single Plan as roadmap to accelerated development of the region.

“As Stakeholders, some of the issues that must engage your minds as you deliberate in this meeting today should relate to economic diversification, fostering economic growth, eradication of extreme poverty, promoting social inclusion, creation of jobs and stemming environmental degradation including climate change in the Region.

“If you are able to achieve these, a significant part of the challenges in the Region would have been resolved.

“This will certainly accelerate the development of the Region and provide opportunities to improve basic services promote economic growth, enterprise development and attract investments into the Niger Delta Region.

“I therefore call on all Council Members and Stakeholders to engage constructively as this will afford everyone the opportunity to come together as experts to deal with issues that are of utmost importance to the well-being of the Niger Delta people and largely, the country as a whole.”

Earlier in his welcome address, Akpabio explained that the Executive Council is aimed at achieving optimal utilisation of funds and the provision of landmark infrastructure in the region.

The Minister disclosed that provision has been made in the 2021 budget estimates towards the completion of the East-West Road, which he said was the flagship project of the Ministry.

Akpabio said that, countless achievements have been recorded in the region in the area of socio-economic development, capacity development of youths, construction of housing estates, provision of Schools, Hospitals, Electricity and Pipe-borne Water in many Communities.

He assured that the government is committed to sustaining the gains and even do more to improve the living condition of the people of the region.

He continued: “It is therefore pertinent to seek a collaborative framework of partnership in the formulation and implementation of policies and programmes towards the general well-being of the Niger Delta Region”

“The decisions of this Council would be taken very seriously by the present leadership of the Ministry to ensuring sustainable infrastructural and socio-economic development of the Niger Delta Region.”