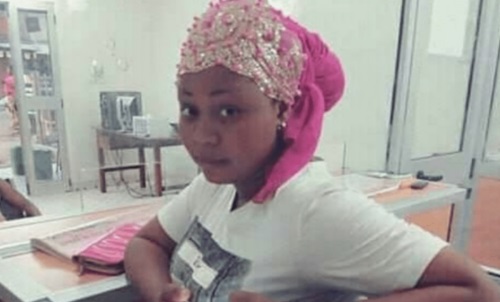 It has been revealed that a Nigerian sent to prison in Cote D’Ivoire is actually innocent.

The Nigerian Government has finally given an update about a Nigerian woman incarcerated in Cote D’Ivoire. The FG through the Nigerians in Diaspora Commission and the Nigeria Mission in Abidjan said its investigations into the case of Itunu Babalola, who is in a detention in Cote D’Ivoire showed that she is innocent and was framed up.

The government added that the former prosecutor in Cote D’Ivoire in collaboration with the police twisted the case against Babalola and accused the woman wrongly of human trafficking, leading to her conviction for 10 years, out of which she had unjustly served two years.

SaharaReporters had on March 15 reported that Babalola, who was based in Bondoukou, Cote D’Ivoire, is presently rotting in a detention camp for refusing to accept police “settlement” of N100,000 for the crime of burglary committed in her house.

The Ivorian police had allegedly threatened and resolved to deal with 21-year-old Babalola who reported theft to them in October 2019, but the suspected burglar was said to a top police officer’s close relative.

It was gathered that instead of charging the suspected burglar to court, the police perfected a plot to bribe Babalola to collect N100,000 for her stolen items, which she refused.

Reportergathered that when the police authorities saw that she was adamant and demanding justice, they prepared trumped-up charges against her and sent her to detention.

A journalist, David Hundeyin, who followed the case, stated that the woman had come to Nigeria to check on her sick mother in September 2019 when her house in Ivory Cast was burgled. Concerned Nigerians had called on the government to intervene in Babalola’s case and ensure her release from the Ivorian authorities.

In a release by Gabriel Odu, of the NIDCOM’s Media, Public Relations and Protocols Unit, the Nigerian government said it would move to rescue Babalola having established that she was framed up by the Ivorian government.

The government said, “Following painstaking investigations by the Nigerians in Diaspora Commission and the Nigeria Mission in Abidjan, Cote D’ivoire, it is now confirmed that Itunu Babalola, a Nigerian living in Abidjan was wrongfully charged and incarcerated for a crime she did not commit.

“According to the Chairman of the NIDCOM, Abike Dabiri-Erewa, the Charge D’Affaires of the Nigerian Mission in Côte D’Ivoire, Mr Mohammed Gana, sent officials of the mission to Bondoukou, a city eight hours outside Abidjan when the case was brought to his attention.

Plans are underway to engage the services of a legal Luminary to prove the innocence of Itunu Babalola at the Court of Appeal after the accused had spent two years out of a ten year jail term for an offense she did not commit.

“Reports indicate that the new Prosecutor assigned to the case has given assurances of a fair and unbiased review and retrial of the case to secure the release of Itunu Babalola.

Reports also allegedly indicate that the former prosecutor in collaboration with the police twisted the case and accused Itunu Babalolo of human trafficking hence her conviction for 20 years although the sentence was reduced to 10 years from which she has served two years.

“On efforts made to secure her bail, the prosecutor said it is only the Court that can grant her bail as she has already been convicted. We will continue to monitor the case as it unfolds.”

IS TY HOLDINGS’ ACQUISITION OF BOC GASES A PTP DEAL?

WHY WE MIX HYPO, DETERGENTS AND POTASH WITH CASSAVA TO MAKE...