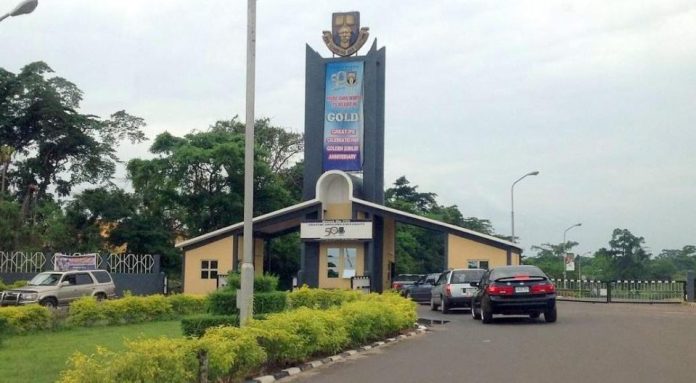 The leadership of Ife Community Assembly, on Monday, appealed to youths in Ile-Ife not to embark on any further protest regarding Prof. Simeon Bamire’s emergence as the Vice-Chancellor, Obafemi Awolowo University, Ile-Ife.

The appeal was sequel to the threat by a group, Ife Youths Organisation, who in a statement by its National Coordinator, Abimbola Afolabi, said protest would resume on Monday unless concerned authorities act and address their grievances on the issue.

Report indicated that some youths, protesting on behalf of the Ife community, had staged protest for some days after the announcement of Bamire as VC-elect, alleging that a candidate supported by the town came first in the screening for the applicants for the post.

However, the Ife Development Assembly, in a statement signed by the President of Ife Development Board, Mr. L. Awowoyin, and three others, obtained in Osogbo, on Monday, said protests on the OAU VC’s matter remain suspended.

The group said the focus of the struggle, which was to get things done rightly in OAU, transcended appointment of Vice Chancellor.

It therefore declared that efforts to correct areas of marginalisation, manipulation, and injustices shall continue after Bamire’s inauguration as VC.

The statement read in part, “We therefore, as major stakeholders in Ife Community and frontline members in the struggle to defend and protect the interest of Ife and Ifes, join our Royal Father, Ooni Adeyeye Ogunwusi, other stakeholders and individuals in appealing to our youths, in particular Ife Youth Organisation, to allow the suspended protest in whatever form remain suspended.

“Consequently, on behalf of the Ife community, it is hereby declared that no protest in whatever form on the subject under reference is authorised for now in Ile-Ife.

We welcome all invited guests/persons to the inauguration of the 12th substantive OAU Vice Chancellor, assuring them of a peaceful atmosphere and security, before, during and after the ceremony.”

JUST IN: FG LIFTS BAN ON REGISTRATION OF NEW SIMs