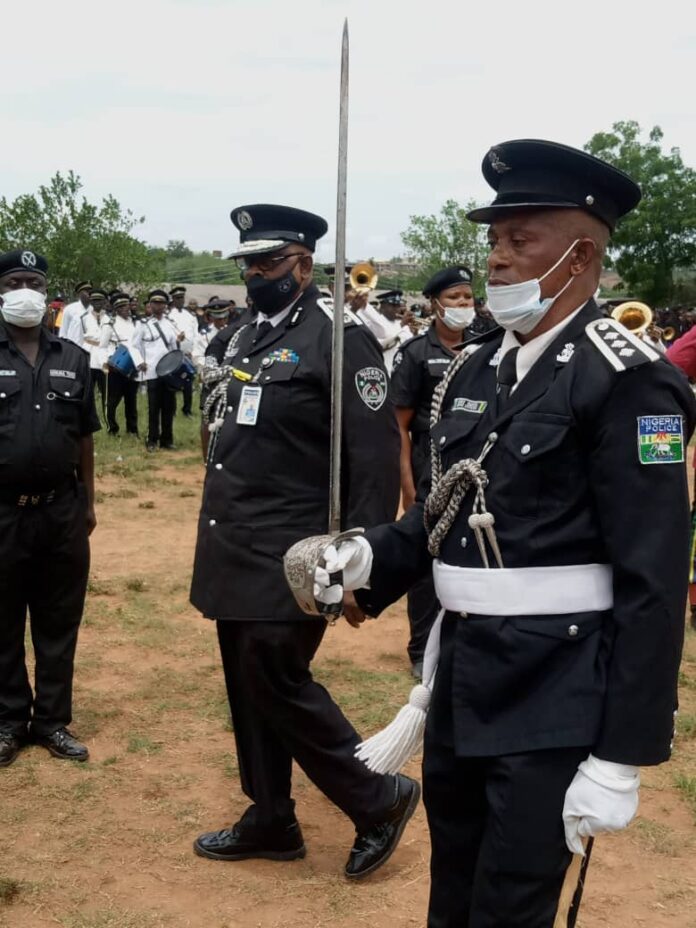 The Inspector General of Police, Usman Alkali Baba, has promised that he is committed to restoring peace to the Nigerian society.

Alkali Baba made the promise while delivering his address at the Passing Out Parade of the newly recruited Police Special Constabulary at the Police Training School, Eleyele, Ibadan.

The IG who was represented by AIG Zone 11 Command, Osogbo, Olasupo Babatunde Ayeni, disclosed that 480 able bodied men and women, who had undergone intensive training and equipped with fundamental policing strategies are being presented for the passing out parade.

The IG further informed that they have received skills to enable them function effectively as a complimentary arm of the force.

“It is obvious that as these formidable men are deployed, our community will have a very big respite from the activities of criminal elements in our society,” he said.

The event brought together joyful friends and family members of the new officers.

The Inspector General of Police emphasized his solemn promise at the inception of his administration to give Nigerians a crime free society, adding that he is leaving no stone unturned on the resolve.

He said the passing out of Osun State Special Constabulary witnessed by all and sundry is an indication of the present administration’s commitment on crime free society.

He enjoined the Special Constables to discharge their duties in accordance with the training received, bearing in mind the importance of Community Police ideas.

HOW I SURVIVED HARD TIMES IN MY MINISTRY TWO YEARS AGO...