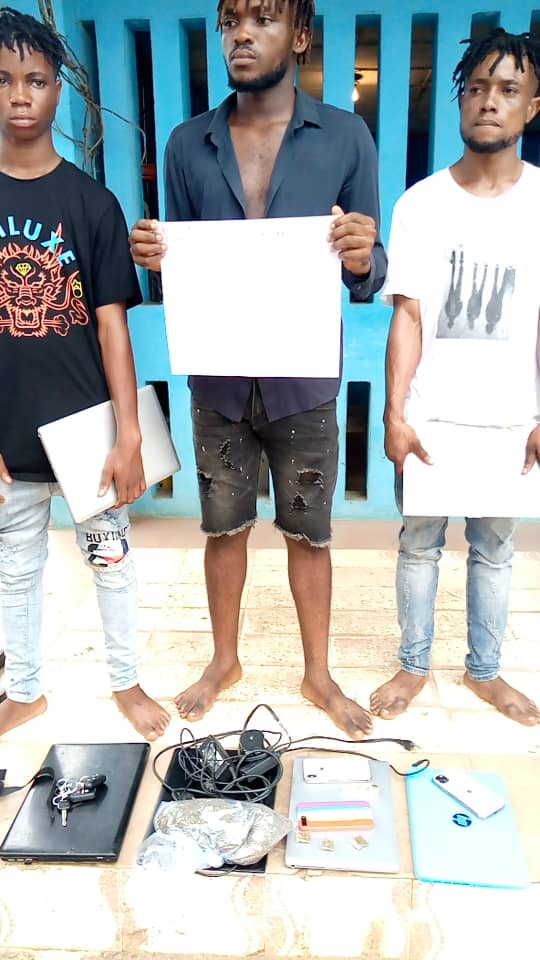 Operatives from the Tactical Units of the Imo State Police Command has busted cybercrime syndicate in the State and recovered hard substance.

In a press statement e-signed and released by the Command’s Spokesperson, SP Bala Elkana stated that, “On 20/5/2021 at about 2240hours, acting on credible intelligence, Operatives from the Tactical Units, Imo State Police Command busted a syndicate of notorious Internet fraudsters, who have been on the run for series of Cyber crimes they have committed within Imo and neighbouring states.

The suspects were arrested along Amakohia Owerri/Orlu Road Owerri in a Lexus 350 RX car with registration number GGE 966 GP suspected to be bought with the proceeds of crime. The suspects confessed to have defrauded many unsuspecting members of the public.

Three laptops and three IPhones used in perpetrating the fraud, were recovered. Also recovered were some wraps of  substances suspected to be Indian Hemp.

Meanwhile, the Commissioner of Police Imo State, CP Abutu Yaro, fdc has directed that the suspects be charged to Court.

FCMB DIRECTOR STEPS DOWN FROM BOARD