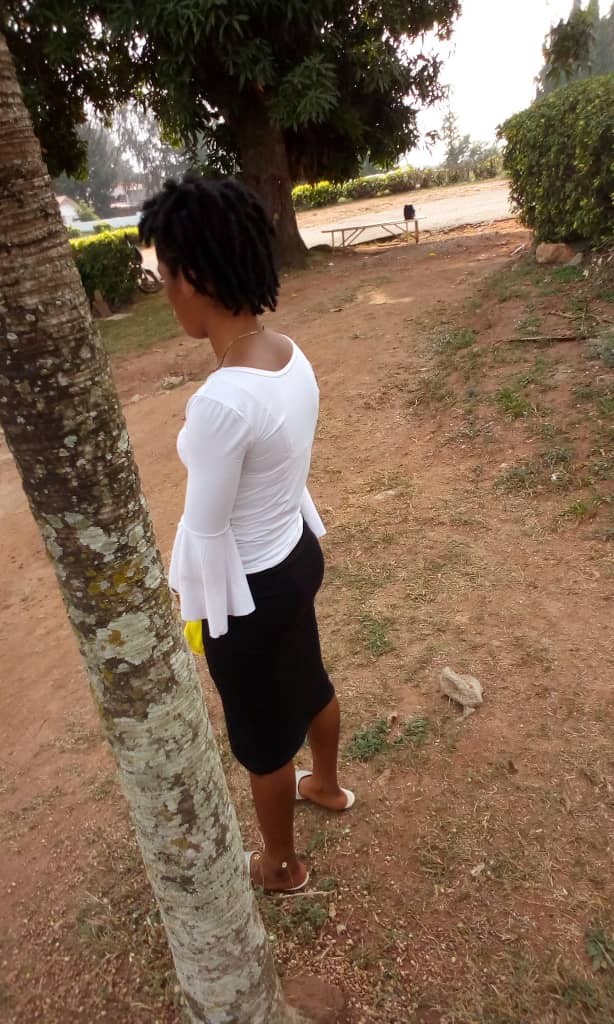 *He started sleeping with me from age 12

*l slept with her just once— Father

*Case won’t be swept under the carpet- Police

A 19-year-old lady, Fatima Usman said that her 52-year-old father Usman Momoh took her virginity at age 12 on the floor in their kitchen in Owo area of Ondo state.

Fatima had in a viral video accused her biological father of having sexual intercourse with her since she was 12 years old.

She said that her father had been sleeping with her none stop while her mother always looks the other way whenever she reports to her.

According to her ” he would always threaten to kill me while holding a knife if I ever try to expose him.

Meanwhile, the wife of the governor, Mrs Betty Anyanwu Akeredolu has waded into the matter and sent a delegation to the family of the victim.

The delegation was led by the Senior Special Assistant to the governor on Gender Research and Documentation, Mrs Temitope Daniyan who was accompanied by officials of the Federation of Women Lawyers, FIDA.

Mrs Akeredolu’s intervention reportedly led to the re-arrest of the suspect who is garner in a tertiary institution in the state.

Police in the state had released the suspect after family members said they would settle the matter and that some rituals would have to be performed.

Speaking with journalist, the victim said ” He normally wakes me up in the middle of the night in our room and take me to the kitchen to have sex with her. He usually holds a knife during the process.

Fatima said that whenever she made an attempt to tell her mother, she wouldn’t listen and the abuse kept coming regularly until last December when she decided to run out of home.

She pointed out that anytime her father woke her in the middle of the night and she refused, she would sleep outside their apartment till daybreak while her mother wouldn’t show concern to ask for the cause of her action.

Fatima who is just finished her Senior Secondary school explained that her father had made it a tradition to sleep with her before paying her school fees or fending for her needs.

She further alleged him of attempting to do the same with her junior sister who is 17years old.

The younger sister, Jemima confirmed this to the delegation sent to the family by the governors wife.

Jemila said her father once woke her up in the middle of the night under the guise of observing ablution but made a move to sleep with her but she refused and reported to her mother who scolded him not to try such again.

The victim’s aunt, Mrs Diamond, said the suspect, who is a gardener at the Rufus Giwa Polytechnic Owo, attempted suicide immediately after he confessed to the crime before his arrest

“He bought all the items for the ritual and they were taken to the village with a warning that the girl must never live under the same roof with him”.

** Am not aware of all these – Mother of victim

The 39years old mother of the girl claimed ignorance of the allegation when she met with the delegation.

* l slept with my daughter only once- Suspect

The father of Fatima, Usman Momoh has admitted sleeping with her but only once

Momoh while being transferred to the Ondo State Police Command headquarters said he had sex with his daughter only once.

He asked the society to forgive him as he has realised his mistake.

Momoh stated that he didn’t know what came over him when he committed the act.

The Chairperson of Ondo Women Lawyers (FIDA) Barr. Bola Ogundadegbe told journalists that the prosecution of Momoh now rests with the police after conducting an investigation

Ogundadegbe said the victim would be counselled psychologically to enable her to come out of her current state of depression.

“We are going to give her psychological support. She needs our support morally because she is not stable.”

** The case won’t be swept under the carpet- Police

Police spokesperson, Tee Leo lkoro said that the suspect has been rearrested noting that ” this wasn’t the type of case that could be swept under the carpet.

“We will do everything possible within our means and legally to ensure that the man is prosecuted and the outcome will be known to everybody because I have listened to the girl and I think it’s pathetic. I was told that the man has been brought to the station because he was first granted bail”.

I ONLY CHECKED HER PRIVATE PART WITH MY FINGERS – MAN,...