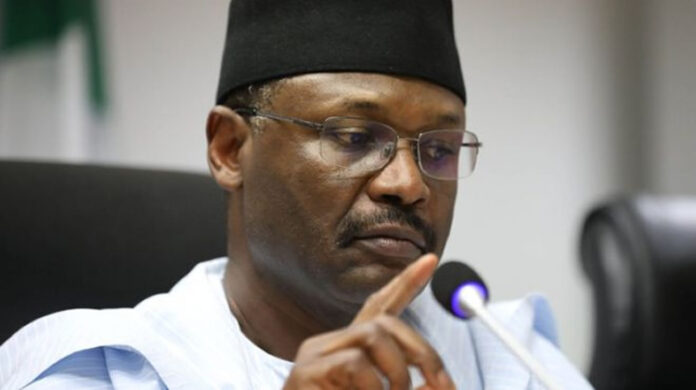 The Senate on Wednesday asked its committee on the Independent National Electoral Commission to screen Professor Mahmood Yakubu as INEC Chairman for another five-year tenure.

The President, Major General Muhammadu Buhari’ (retd.), had requested the red chamber to screen and confirm Yakubu for the fresh appointment.

The Senate President, Ahmad Lawan, at plenary on Wednesday, gave the Senator Kabiru Gaya-led INEC panel to screen Yakubu and submit its report within one week.

Yakubu would be screened along with another nominee, Professor Abdullahi Abdu Zuru who has been appointment as National Commissioner in the agency.

Lawan specifically asked the committee to submit its report next Tuesday.

The Senate would consider the INEC panel report at plenary next Tuesday for confirmation.

The red chamber had on Tuesday received a request from Buhari to confirm Yakubu, for a second and final term in office.

The request was contained in a letter dated 21st October, 2020, and read on the floor by the President of the Senate.

OGUN STATE INSISTS ON ONLINE PAYMENT FOR LAND USE CHARGE

I WILL RESIGN IF ASKED TO DO ANYTHING AGAINST MY CONSCIENCE...