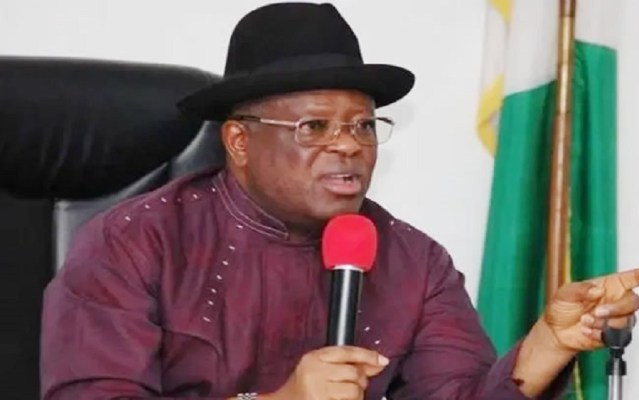 The Governors of the South East region say they will do everything in their power to end the “sit-at-home” order of the proscribed Independent People of Biafra (IPOB).

This was disclosed after the South East Governors met in Enugu on Monday evening.

Reports say the meeting was convened by the Ebonyi state governor, Dave Umahi and hosted by Gov. Ifeanyi Ugwuanyi of Enugu State.

Ebonyi State Governor, Dave Umahi said the region’s governors were worried about the rising insecurity in the region and condemned the continued “sit-at-home’’ order, adding that the regional security outfit, “Ebubeagu’’, would be launched to give it teeth and laws passed in all the states to that effect before the end of 2021.

“The governors and leaders of the southeast condemn killings in the region and have agreed to join hands with security agencies to stop the trend.

“We as well condemn the ‘sit-at-home’ order by IPOB issued mostly by our people in the diaspora who do not feel the pains.

“The meeting resolved that governors and people of the southeast will do everything within the law to ensure that there is no further sit-at-home and people are allowed to move about freely,’’ he stated.

He added that the meeting agreed to support security agencies to restore peace in the southeast as well as to support the November 6 governorship election in Anambra to ensure a peaceful process. He commended all groups and the clergy for their efforts at interfacing with the youths.

While addressing the nation on Independence Day, President Muhammadu Buhari warned that the Federal Government remains ready to take decisive actions against secessionist agitators and their sponsors who threaten national security.

Buhari said, “The recent arrests of Nnamdi Kanu and Sunday Adeyemo and the ongoing investigations being conducted have revealed certain high profile financiers behind these individuals.”

The President confirmed that his government was vigorously pursuing these financiers, including one identified as a serving member of the National Assembly.