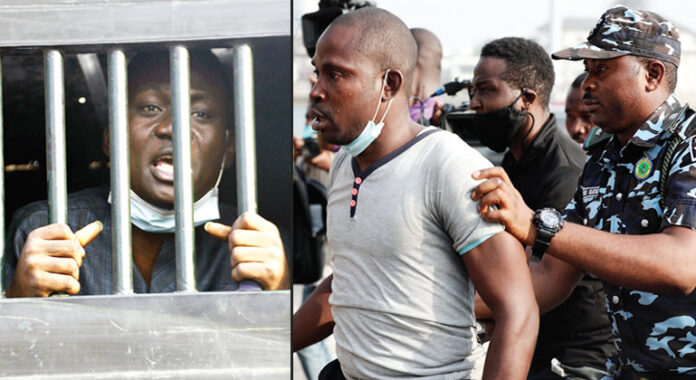 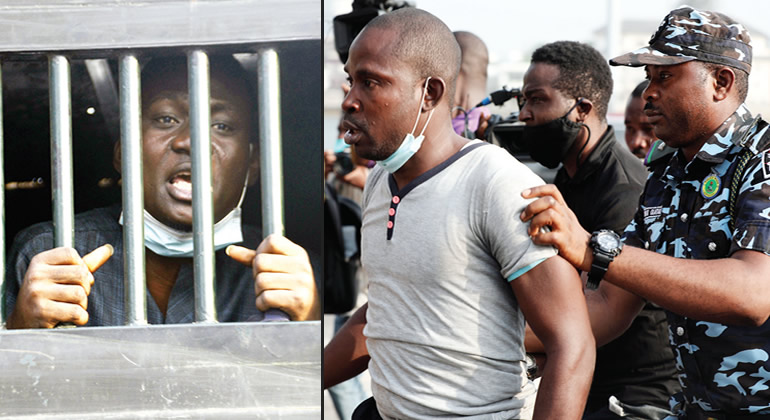 Protesters arrested during the #OccupyLekkiTollgate protest in Lagos… on Saturday.

The Peoples Democratic Party has described the arrest, humiliation, and trial of #OccupyLekki protesters on Saturday, as a sad reminder of what Nigerians went through in the hands of military dictators.

The Lagos State Chairman of the PDP, Adedeji Doherty, reacted to this sad occurrence, in a release on Sunday, titled, ‘#OccupyLekki: Lagos PDP slams Sanwo-Olu over arrest, humiliation of protesters, demands discontinuation of their trial’.

The chairman said, “It is a shameful irony that a government that is pampering terrorists could send policemen armed to the teeth against civilians who only expressed their displeasure over a government decision.

“Lagosians will never believe that a time will come in the State when citizens’ rights to peaceful protests will be muscled by a supposed democratic government.”

“It is now clear that all that matters to the APC government of Governor Babajide Sanwo-Olu is the billions of naira generated at the Lekki Toll Gate, and not the welfare of the people.”

He also demanded explanations on whether or not it was part of the mandates of the Judicial Panel of Inquiry and Restitution to investigate cases of police brutality in the state to order the commencement of operations at the toll plaza.

“When did it become the duty of a judicial panel of inquiry to order the resumption of collection of tolls at a Toll Gate, which was shut down owing to the alleged killing of youths whose only offence is that they demanded that SARS policemen should stop killing them?

“The Lagos State Government and most especially, the members of the House of Assembly from Lagos Island, Eti-Osa, Ibeju-Lekki, and Epe LGAs should open up a public hearing or Referendum on the reopening of this controversial tollgate to show the world that democracy is really the order of the day in Lagos State, instead of trying to crush a peaceful protest without presenting any kind of alternative medium of diplomacy as it concerns the tollgate issue.

“As for those who were arrested among the protesters, we wish to tell them to remain strong, committed, and resolute in their quest for a Nigeria where the government does the right thing and citizens are allowed to ventilate their grievances against government freely,” the PDP chairman said.