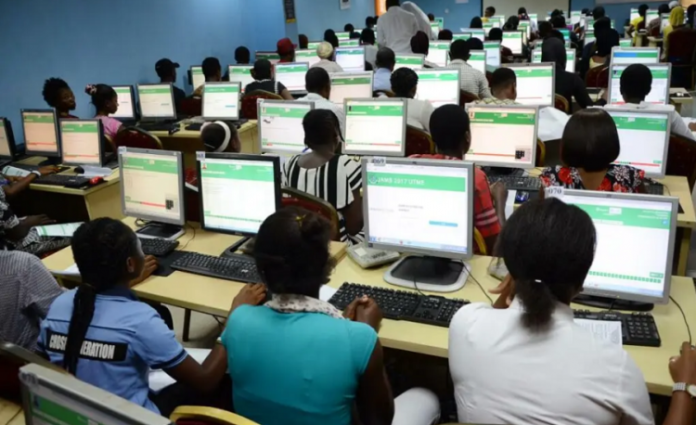 The Joint Admission and Matriculation Board (JAMB) on Saturday, May 14, 2022, released the results of candidates who sat for the just concluded 2022 Unified Tertiary Matriculation Examination (UTME).

While announcing the release of the results on Saturday in Abuja, the Head, Public Affairs and Protocol for JAMB, Dr Fabian Benjamin, stated that the examination body had not uploaded the results to its website for obvious reasons and as such advised on the process for checking the results.

Benjamin in the statement said that the candidates could check their results using the SMS code, advising them to send UTMERESULT in one word to 55019 to have their results checked.

While stating that this is the only way to check the results for now, he said the result will then be sent as a response to the candidate’s text message

The JAMB spokesman said, “To check the 2022 UTME result, all a candidate needs to do is to simply send UTMERESULT to 55019 using the same phone number that he or she used for registration.

“The result will be sent as a response to the candidate’s text message. This is the only process of checking the 2022 UTME results for now as the board has not uploaded it on its website for obvious reasons.”

The examination body warned candidates against desperate fraudsters who will send all kinds of messages on how to check their results through different means from the one directed by JAMB, asking them to ignore such messages.

Benjamin said, “In addition, candidates are forewarned that they would, as usual, receive all kinds of messages from desperate fraudsters on how to check their results different from the aforementioned one.

“Hence, JAMB urges all candidates to ignore all such messages on how to check their 2022 UTME results as they are all products of deceit aimed at misleading them.”

Benjamin stressed that JAMB adopted the user-friendly and simplified process of checking UTME results through the use of SMS to adhere to the ease of doing business protocol of the government.

He added that the process was simplified to preclude the unconscionable exploitation of candidates by shylock business centres and cyber cafes which often took advantage of hapless candidates.

WORKINGS OF THE NPF: IGP ADAMU IS IN FIRM CONTROL, FAULTS...