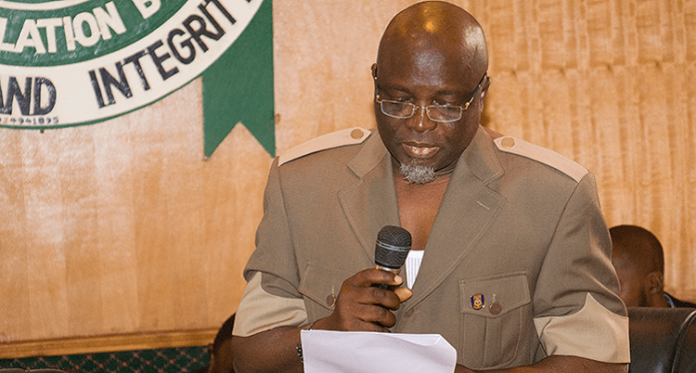 – Five Nigerian higher institutions have been awarded by the JAMB

– The University of Ilorin bagged two out of the five awards

– Adamu Adamu, the minister of education, said the award was meant to reward qualitative teaching

For their outstanding performance, the Joint Admissions and Matriculation Board (JAMB) has rewarded the five best performing tertiary institutions in the country with a total sum of N375 million.

REPORTS indicated that the minister of education, Mallam Adamu Adamu, revealed this on Thursday, December 17, while delivering a keynote address at JAMB’s second edition of the National Tertiary Admissions Performance Merit Award for 2019, in Abuja.

Report gathered that he pledged the federal government’s continued support for teaching, learning and research in the country.

Congratulating the winners, Adamu commended the efforts of the JAMB towards ensuring excellence in Nigeria’s tertiary institutions.

The minister said the award was one of the government’s reward systems and interventions to institutions.

The minister urged the National Bureau of Statistics (NBS), the federal ministry of national planning and the resources centre in the education sector to make concerted efforts to always elicit information from the heads of institutions.

He said this would help document all forms of interventions such as the JAMB’s performance merit award in order to fully appreciate the enormity of the resources committed to the sector.

These are the names of the Nigerian highest institution that got the JAMB 2020 award:

1. The University of Ilorin – The most subscribed institution by candidates category EKSU VC to parents: Pay up your wards N2billion outstanding tuition fees

2. Ahmadu Bello University (ABU) – The most national institution in the admission of candidates

3. Federal University, Wukari – The Most Improved institution in gender balance

4. The University of Ilorin, again – The institution with the highest number of admitted international students

5. Ogun state Institute of Technology, Igbese – The most compliant institution in keeping to guidelines of admissions.

Reports indicated that the federal government would partner with the JAMB in the conduct of the Computer-Based Aptitude Test (CBAT) for the recruitment into the Nigeria Immigration Service (NIS) and the Nigeria Security and Civil Defence Corps (NSCDC).

It was reported that this was disclosed in a statement signed by the director of press and public in the ministry of interior, Mohammed Manga, relations, on Tuesday, December 1.

NIGERIA JOINS LEAGUE OF NATIONS WITH PROFESSIONAL ASSOCIATION FOR CSR AND...