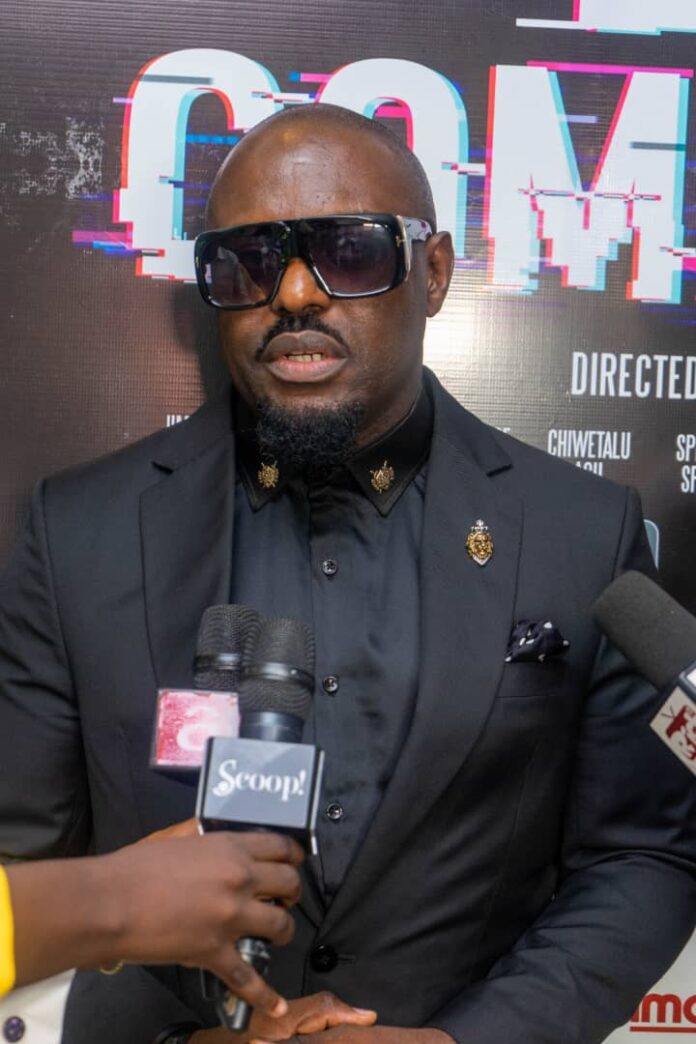 The CMC Gladiators and Cornel Entertainment had on Monday, 5th of July 2021 celebrated and also Coordinated The Private Screening of Bad Comments for the Media & Selected Friends of Jim Iyke.

The show which gathered journalists and media houses at the EbonyLife event centre Victoria island Lagos was something to look out for as it will be on the lips of all that attended the event and watched the great movie.

A super star who for so many years had been one of the best and outstanding products of Nollywood.

The story follows the life of a wealthy Male Actor ‘EUGENE UGORJI, a dark handsome, average in height, young man in his late 30s, a typical Nigerian African, from the Eastern part of the country. He goes from being a normal being to pretending to be mentally imbalanced.

A wealthy veteran actor who is sworn at getting back at all his Instagram trolls sets, out to carry out the activity going through his trolls’ offices and houses, rendering them jobless and homeless. And then invites them to meet at a spot where he reveals himself as the person behind their predicament.

The movie reflects his successful life from being a rich and veteran actor with partnerships in other business like the Ni Hao Mobile company and others, to almost at the verge of losing everything due to controversies and slanders on his career through bloggers and reporters circulating fake new of him fighting/beating and old man, this threw him off balance that he begins to develop mental ills and swears to deal with anyone who had contributed to his ruin.

His Manager ‘HILDA WAKAMA a beautiful young lady in her late 20s, helps him to achieve most of his plans. She loved and assisted Eugene but was never noticed or really appreciated. Out of selfishness, she devises a means to get back at Eugene and also tries to poison him as he finds love In Tasha instead of her. Hilda has being behind the famous Instagram handle “@TRUTH HURTS”.

While Hilda had thought she was smart in playing games, she never knew that she was being set up by Eugene and HAKEEM THE HACKER his hacker friend, who had staged a camera to watch and capture Hilda while she carried out her evil activities. Hakeem has had a hard time looking for a job as a hacker, but finally had the opportunity to do something with Hilda’s case

TASHA happens to be Hakeem’s sister who also pretended to be Eugene’s lover while they all played their roles to uncover Hilda’s real personality.
Eugene eventually makes up for his trolls as he forgives them and offers them another opportunity to return to their homes and work places, While Hakeem the Hacker was offered a Hacking job with the Tony Elumelu foundation. Everything eventually returned to normal as they went about their lives.

We’re talking of no other but the iconic Jim Iyke.

Staring in the movie are…….;

Indeed, this movie is so far the best of its kind and we the Gladiators are happy and proud to call you our own and the best.

This intriguing movie will be out in all the cinemas in Nigeria and outside the boarders come August 27th 2021 .

“WOMEN ARE ALWAYS AFRAID OF WALKING AWAY FROM BAD RELATIONSHIPS BECAUSE...