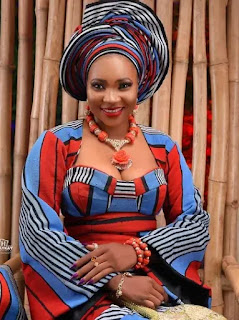 The talented actress who is loved by many decided to flood her official Instagram page with unexpected adorable photos of herself.

To mark the day, Jumoke Odetola took to her IG account to share some lovely photos of herself as she appreciated God for life.

In one of her post, Jumoke Odetola wrote, “Cheers to a new season Olajumoke Olamide ODETOLA

Happy birthday to me

Child of grace…Child of signs & wonders.
I can see the signs and wonders, it is the Lord’s doing, and it is marvelous in my sight.

In another post she wrote, “God is just so particular about me
I am grateful to my creator for giving my life a purpose- I am a child of destiny, and his mark of honor, favor and greatness is upon my life.
Blessed is he that blesses me and cursed is he who curses me.“

Jumoke Odetola was born on the 16th of October 1983; she started her Nollywood career in English-language movies before acting in several Yoruba-language films. She is known for her usage of ‘big English grammar.’

For those who do not know, Odetola had her secondary education at Abeokuta Grammar School. She obtained her first degree from Ajayi Crowther University, getting a bachelor’s degree in Information and Communication Technology/Computer Science, she then proceeded to Federal University of Agriculture, Abeokuta, graduating with a master’s degree in Computer Science.

In 2015, she was won revelation of the year category at BON Awards. Also, at the 2016 and 2017 Africa Magic Viewers Choice Awards, Odetola won the award for best indigenous language film for her role in Binta Ofege and somewhere in the dark.

She retained the award in the 5th edition of the ceremony through Somewhere in the Dark. She also won the best actress in a lead role (Yoruba) at 2017 Best of Nollywood Awards in Ogun State.

FUGAZ INVESTORS ENJOY GAINS OF OVER N151 BILLION IN A TRADING...