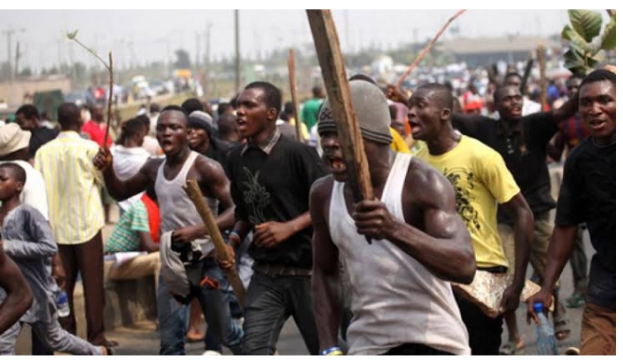 The incident which was made known in a viral video shared by a Twitter user showed residents and motorists fleeing for their lives as they sought safety.

Another Twitter user who recounted his ordeal said, “I escaped mogging and robbery by some whiskers this morning, Boyz legit were robbing vehicles and pax this morning at Mile 12, the police were there …”.

However, the Lagos State Police Public Relations Officer, CAP Muyiwa Adejobi, has reacted to the Mile 12 crisis when he tweeted that normalcy has been restored and that Lagos police has deployed its men to take charge of the situation.

“Normalcy has been restored to Gengere, Mile 12 area of Lagos State following a fight that broke out between some hoodlums in the area. The command will give details soon..thanks..,” he tweeted.

WE ARE BETTER TOGETHER, TINUBU TELLS SECESSIONIST AGITATORS