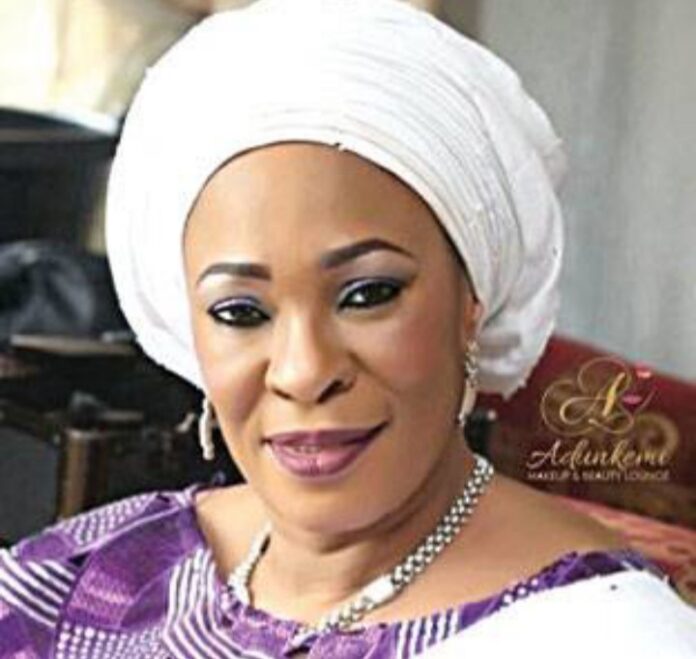 Report reaching Fame News has it that, Hon. Ajoke Risikat Adegeye, one of King Sunny Ade Wives has passed on, aged 62.

Report indicated that she died after a brief illness on Tuesday September 21, 2021.

I regret to announce the passing away of our matriarch, an APC Chieftain who has contributed to the growth of Amuwo-Odofin/Oriade and Lagos *Hon. Risikat Ajoke Adegeye* who answered the call of the Almighty this morning after a brief illness’.

We are relieved that her passing was peaceful and painless. Her funeral arrangement will be announced to the general public after the deceased immediate family might have concluded arrangement.

Until her death, she was a very nice mother and survived by children, grandchildren, and many adopted children.

Hon Risikat Adegeye who was a member of 6th assembly of Lagos House of Assembly representing Amuwo Odofin
Constituency.

She contested for chairman of Amuwo Odofin Local Government council in the local government election of 2017.

When that one failed, she again showed interest in the House of Representatives seat for Amuwo Odofin Federal constituency in the 2019 election.

SUSPECTED NIGERIAN PEDDLER ARRESTED WITH DRUGS WORTH OVER N10M IN INDIA