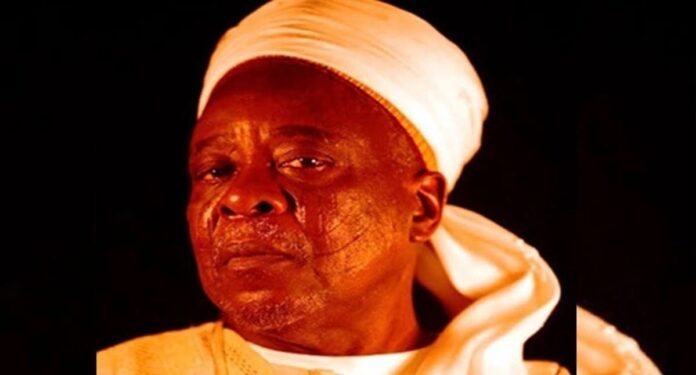 The pioneer Grand Khadi in Kwara state, Justice Abdulkadir Orire died is dead. He died on Tuesday night at the age of 87.

Governor, AbdulRahman AbdulRazaq, his deputy, Mr Kayode Alabi, were among the dignitaries that attended his burial in Ilorin, the state capital today.

The remains of  Sarikin Malami and Marafan Ilorin, were interred at his Tafawa Balewa Road, G.R.A residence, Ilorin at 11.30am.

In a condolence message, the Emir of Ilorin, Alh Ibrahim Sulu-Gambari described Orire as a committed elderstateman who contributed immensely to the propagation of Islam in the country.

Sulu-Gambari, in the condolence message signed by his spokesman,  Mallam Abdulazeez Arowona, said he was deeply saddened by Justice Orire’s demise.

“Alhaji Orire was a prominent member of the Jamatul Nasirul Islam, (JNI) and played prominent roles in the establishment and nurturing of the association which later became so strong nationwide.

Orire mentored many youths to become scholars of high values and legal practitioners of repute. During his active days in service, he was outstanding and disciplined. After he retired from service, he dedicated his life to dawah activities and community services,” the Emir stated

In its own condolence message, the Ilorin Emirate Descendants Progressive Union(IEDPU) described Orire’s death as a colossal loss to the people of Ilorin Emirate,Kwara state and Nigeria.

The IEDPU National President, Alh Aliyu Otta Uthman in the statement described the deceased as “a distinguished elder statesman”.

Uthman added that Orire was an outstanding patriot, an exciting nation builder and a great leader who offered enormous sacrifices towards the peace, progress and development of Ilorin Emirate for so many decades.

Also, the Speaker, Kwara State House of Assembly, Hon. Yakubu Danladi-Salihu, has described the death of Orire as a great loss to Kwara state and the nation at large.

“On behalf of the 9th Kwara State House of Assembly, I condole with His Royal Highness, the Emir of ilorin, Kwarans and Nigeria judiciary over the demise of pioneer Grand Khadi of Kwara state, Justice Abdulkadir Orire (CON)”.