Mustapha4Lagos Agenda, a support group for the actualisation of the gubernatorial ambition of Olorunfemi Mustapha, has raised the alarm over a plot to disqualify the former permanent secretary by the screening committee of the All Progressives Congress, APC.

Mustapha is one of the two aspirants jostling to unseat the incumbent Babajide Sanwoolu with the other contestant being Olawale Oluwo and the three aspirants would slug it out for the party ticket in a primary scheduled to take place on Thursday, May 26, 2022.

The head of Mustapha4Lagos Agenda Bukola Ogundipe alleged that the plot to get  Mustapha screened out is being orchestrated from the camp of the incumbent Governor, saying Sanwoolu had allegedly enlisted the support of some elements within the screening committee to perfect the plan.

Ogundipe said the incumbent has identified Mustapha as the biggest threat to his reelection bid having realised that the Information Technology and Financial Systems expert is eminently qualified to take the state to the next level and enjoys the support of many Lagosians including the leadership of the party in the state.

The group revealed that the politician’s legal team is meeting with the national body of the party to quash the plot.Ogundipe said: “We have uncovered a plot to disqualify our aspirant from the race; they know that the only way they can stop Mustapha from getting the party ticket is to make sure he doesn’t participate in the primary. Let us forget about the noise they are making, he is the man to beat.

The national body must step up and quash this evil plan. Sanwoolu has been throwing money around, spending billions to buy people but this is about the future of our state and the leadership of our party in Lagos knows that we can’t continue with the abysmal performance of the incumbent.”

Meanwhile, sources within the party revealed that Sanwoolu is intensely jittery over the presence of Mustapha in the race because, despite the endorsement of the Governor’s reelection bid by the National Leader of APC, Bola Tinubu, the incumbent still fears the former Permanent Secretary could still be used against him. “

There is this strong belief within the party that Tinubu is still interested in replacing Sanwoolu with Mustapha in 2023; the idea is that even if the Governor wins the primary, his name may still be substituted with that of another person hence the need to eliminate Mustapha at the level of screening so that he would stand no chance if the game gets to that.

They know that Tinubu can’t use Oluwo, so he will be cleared but Mustapha is the target because he fits into the kind of person Tinubu wants,” the source said. 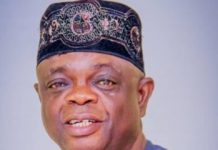 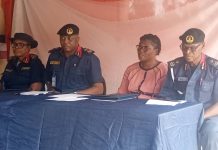 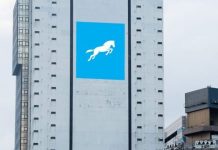