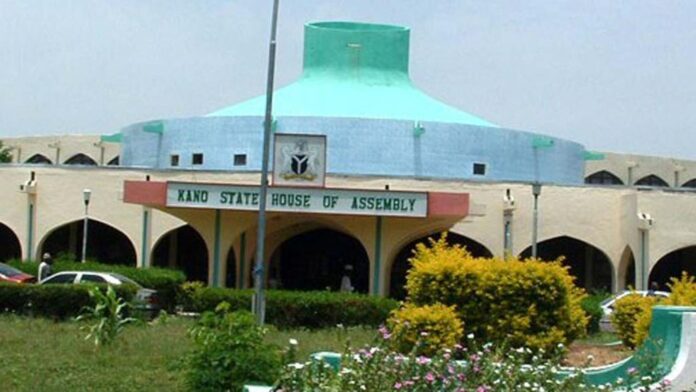 Following the resignation of the Speaker of Kano State House of Assembly, Abdulaziz Garba Gafasa and the Majority Leader, Labaran Abdul Madari on Monday, the member representing Makoda Constituency, Hamisu Chidari has emerged as the new Speaker of the House.

In a plenary on Tuesday, the member representing Wudil Constituency Nuhu Abdullahi Achika nominated Hamisu Chidari for the position of Speaker and was seconded by Sanusi Usman Bataiya.

The Speaker was immediately sworn-in without resistance from the floor and he thanked the members for the confidence they reposed on him.

Earlier, the former Speaker announced his resignation in a letter he signed, titled ‘Notification of Resignation’ and dated 14th December 2020 addressed to the Clerk of the House and office of the Permanent Secretary when he heard wind of an attempt to impeach him on Tuesday.

Also, during the plenary, the members appointed Zubairu Hamza Masu of Sumaila Constituency as the new Deputy Speaker while the member representing Warawa Constituency, Labaran Abdul Madari was reelected Majority Leader of the House.

Following rumours that the former Speaker and some members of the All Progressive Congress, APC have moved to the Peoples Democratic Party, PDP, the former Speaker dismissed the rumor saying he is still a loyal card carrying member of the APC.

“You can see that enemies are at work speculating that I’m moving out of APC to PDP, this is nothing but baseless lies created to tarnished my name and reputation”.

“I’m still and always loyal to our Party APC and indeed our Governor Dr Abdullahi Umar Ganduje and anybody who thinks otherwise should go and die” the former Speaker declared.