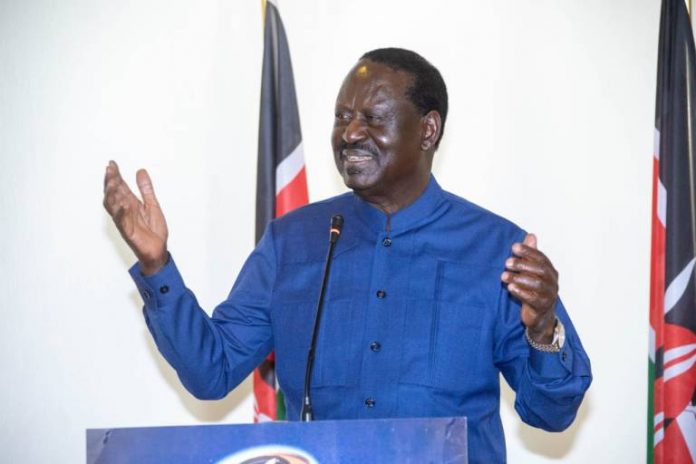 In the build up to Kenya presidential election coming up in August, surprises have started springing up and politicians have started throwing their weight behind who they support between the two major contestants; Deputy President, William Ruto and former prime minister, Hon Raila Odinga.

Raila Odinga seem to be the one that has the backing of the incumbent president, Uhuru Kenyatta and therefore, is expected to receive defectors from the camp of his opponent in the election but reverse was the case when the governor of Kilifi county, Amason Kingi Jeffah decamped from Azimio Odinga’s camp and threw his weight behind Kenya Kwanza, a movement for DP William Ruto few days ago.

It was an unexpected move considering the weight Odinga possesses at the moment but it has happened anyways, and this fulfils the prophetic warning of popular Nigerian prophet, Primate Elijah Ayodele who has been prophesying about the Kenya presidential election as far back as 2021.

The man of God had foretold the crisis between President Uhuru Kenyatta and his deputy, William Ruto and he revealed how the incumbent president will try to indict the deputy just to make sure people don’t support his aspirations. He also prophesied in December that the president will support Raila Odinga to join forces against William Ruto, all have come to pass.

The latest part of his fulfilled prophecy of the fulfilment is the decamping of Amason Kingi Jeffah from Odinga’s camp. In March 2022, Primate Ayodele released series of prophetic warnings for Hon Raila Odinga among which includes a betrayal within his camp.

The man of God foretold that it will be a painful betrayal, while advising Odinga to be work more because he foresees a last minute game changer that will disrupt his victory.

‘’ By June/July, there will be some changes in strategy and most of the parliaments will come and form alliance with him. However, I foresee see someone very close to him betraying him, it will be a painful betrayal.

If election is conducted today, Raila Odinga will win but there is more work to do. William Ruto has a last joker to pull, Odinga should put all his arsenal together to defeat him because I see a last strategy that can cause constraint for Odinga.’’

Echoing the word of the prophet, news reports from Kenya has it that Odinga described Governor Kingi’s move as a betrayal. He was quoted saying the governor is the king of betrayal for throwing his weight behind Ruto’s movement

Of course, there are still other parts of the prophetic warnings that are yet to come to pass but if the measures the prophet advised Raila Odinga to take isn’t followed, they will definitely come to pass and jeopardize the plans of the former prime minister.

When true men of God speak, the wise listens.

IGP APPRAISES POLICING ACTIVITIES IN THE YEAR 2021, SETS AGENDA FOR...