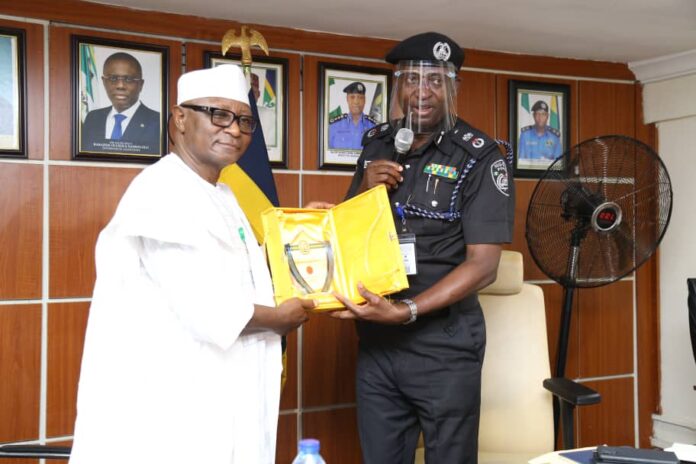 The Commissioner of Police, Lagos State, CP Hakeem Odumosu, today Monday 31st May, 2021, played host to the participants of Study Group 7 of the Senior Executive Course (SEC) 43, National Institute for Policy and Strategic Studies, Kuru, Jos, in his Ikeja office.

The delegation, which was led by the Institute Librarian and leader of the delegation, Dr Emmanuel Mammam, mni, is on study tour to Lagos State as part of their research works which will be compiled and forwarded to the presidency for Policy formulation as a routine of the institute.

The Commissioner of Police gave a brief on the command’s strategic plans to police Lagos State with a view to improving the general security and public safety of the state. He further promised to set in motion the machineries that are capable of boosting the synergy between the command and the apex Policy formulation Institute in the county.

The leader of the delegation, Dr Emmanuel Mamman, appreciate the Commissioner of Police, Lagos State, CP Hakeem Odumosu, for his time and wonderful paper presentation to the course participants.

He then directed a directing staff of the institute and member of the delegation, Rear Admiral Adesope, mni, to coordinate the question and answer session where the course participants were privileged to have clarifications on issues related to the security of the state.

The delegation had visited the Governor of Lagos State, Babajide Sanwoolu, in his office today before paying a visit to the Command Headquarters, Ikeja.

SANWO-OLU SAYS 2 NEW SPEED TRAINS WILL BE ON TRACK IN...