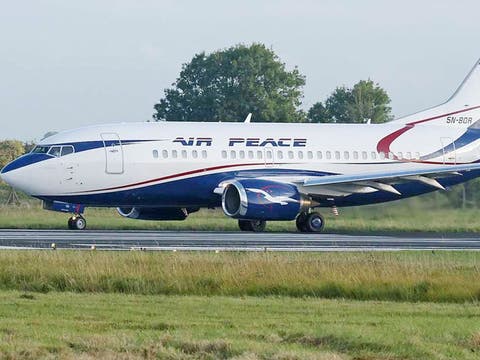 The flight which took off from Murtala Muhammed international Airport, Lagos in the early hours of Thursday had passengers, staff of Air Peace and journalists onboard a memorable inaugural flight that connects Africa’s biggest economies.

Passengers had complained of how stressful connecting these flights was and this has reduced the number of travellers on one of the most lucrative routes in Africa.

Passengers who spoke to journalists said they were elated to have a Nigerian carrier doing a direct flight on the route.

Speaking during the commencement of the inaugural flight at Lagos airport, chief operating officer at AirPeace, Mrs. Toyin Olajide said the airline was most delighted to commence it’s second international flight from Lagos to Johannesburg.

Olajide said for AirPeace to commence another international flight at a time like this shows AirPeace is an airline to reckon with and it is here to stay.

South Africa’s state-owned airline had on September 30th suspended all its operations as it struggles to raise a bailout of more than 10 billion rands ($591 million).

One of the most frequently visited countries for Nigerians in Africa is South Africa, which targets Nigerians for her well-known tourism destinations.

Its offices are in Lagos, Nigeria, and it has in its membership 315 companies currently trading in both Nigeria and South Africa. Comments

ARE RELIGIOUS CENTRES THE ANSWER TO BOOSTING DATA AVAILABILITY IN SUB-SAHARAN...