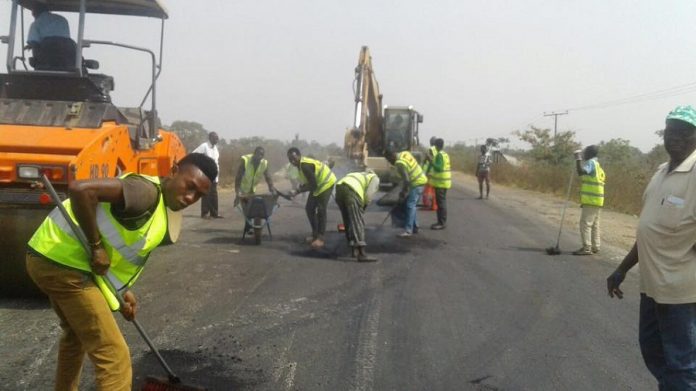 The Lagos State Government has revealed that the Lekki Regional Road which is currently under construction is expected to decongest traffic within the Lekki sub-region as work progresses on the project.

This was made known by the Special Adviser to Governor Babajide Sanwo-Olu on Works and Infrastructure, Mrs. Aramide Adeyoye, during a recent inspection tour of the project.

Adeyoye said that the 8.75-kilometre road, comprising of a 500-metre bridge, 251-metre interchange, 50-metre bicycle lane and an adjoining 500-metre road is being handled by Messrs Hitech Construction Company Ltd.

She pointed out that the road, which is presently at 23.56% completion, will link Lekki-Epe Expressway at Victoria Garden City (VGC) junction to the Freedom Way in Eti-Osa to resolve gridlock on the axis.

She said, “The contractors are on-site and they have done a lot of work behind the scene, pilling works for the pedestrian bridges are completed and the bridges are already in place while a lot of sand filling dredging on the road alignment has also been achieved.’’

Mrs. Adeyoye said several large pilling rings are ready and the pile reinforcement cages to be used in the foundation works for the bridge signals the earnest commencement of the bridge components of the project, adding that the project is to precede the proposed Fourth Mainland Bridge whose construction will begin in the first quarter of 2022.

She explained that the project will further open up the Lekki area to serve as an alternative route and link to several communities and industrial areas, stressing that the Babajide Sanwo-Olu’s administration is committed to massive infrastructure delivery in addition to the several roads and bridges already completed by the State government.

The Special Adviser said, “With roads, bridges, you can’t lie, it’s either you do them or you don’t do them because these are things that people feel directly. And I want the citizens to believe in us; we told you we that will conclude and finish up with Pen Cinema Bridge, we have done that.

We also told you that before the end of this administration, we would actually move on with the Fourth Mainland Bridge and I just want you to believe that. We told you we will give an alternative to the Lekki Epe Expressway, which is exactly what we are doing.’’

The Lekki regional project is scheduled to be completed in June 2022.

Report indicated that in May 2020, the Governor of Lagos state, Babajide Sanwo-Olu, flagged off the construction of the long-awaited Lekki regional road, which is expected to decongest the constant traffic jam along the main Lekki-Epe Expressway, by linking the Lekki-Epe Expressway at Victoria Garden City (VGC) Junction to the Freedom Way in Eti Osa.

The governor said that the project is expected to run for the next two years and should be ready for commissioning in 2022, when his administration celebrates its third anniversary in office.

In addition to providing an alternate route for residents, the road is expected to improve socio-economic activities on the Lekki-Epe axis.

HOW FMBN IS ACCELERATING DELIVERY OF AFFORDABLE HOUSING TO NIGERIANS

ACCESS BANK’S HERBERT WIGWE IS AFRICAN BANKER OF THE YEAR FOR...