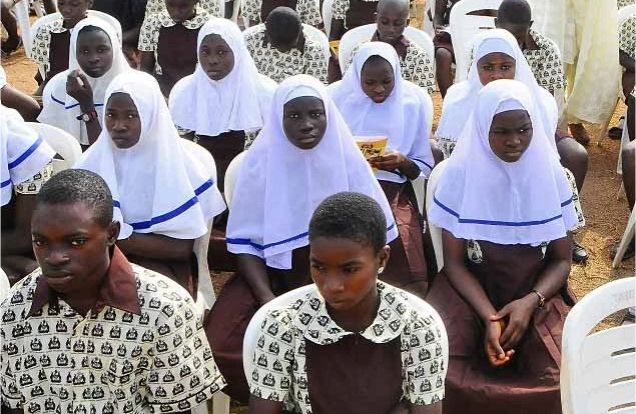 Justice Kudirat Kekere-Ekun of the Supreme Court has ruled that Muslim female students in Lagos State can now wear hijabs to school.

Recall the state government had placed a ban on the use of hijab in secondary schools following a judgment of a high court.

In a judgement issued on Friday and read by Justice Tijani Abubakar, the apex court dismissed the appeal filed by the state government on the grounds that it lacked merit.

In October 2014, a Lagos high court had ruled against the use of hijabs in schools.

Following the judgement, the State government placed a ban on the use of the hijab for students wearing uniforms in the state.

In a suit marked CA/L/135/15 filed in May 2015, Muslim students approached the appellate court seeking a declaration that the ban is a violation of their rights to freedom of thought, religion and education.

In July 2016, the Court of Appeal overturned the decision of the lower court and set aside that order which banned the use of hijab in public primary and secondary schools in Lagos State.

The appellate court held that the ban was discriminatory against Muslim pupils in Lagos State. It consequently upheld the arguments of the Muslim students.

The court also held that the use of hijab was an Islamic injunction and an act of worship required of Muslims.

Not satisfied with the decision of the court, the state government consequently approached the apex court seeking to upturn that decision.

In a split decision of five to two of a seven-member panel of justices, the apex court held that the ban on hijab violated the Muslim students’ rights to freedom of thought, conscience, religion, and the dignity of human persons and freedom from discrimination guaranteed by the Constitution.

The Supreme Court affirmed the decision of the appellate court made in July 2016 and dismissed the appeal filed by the Lagos state government.