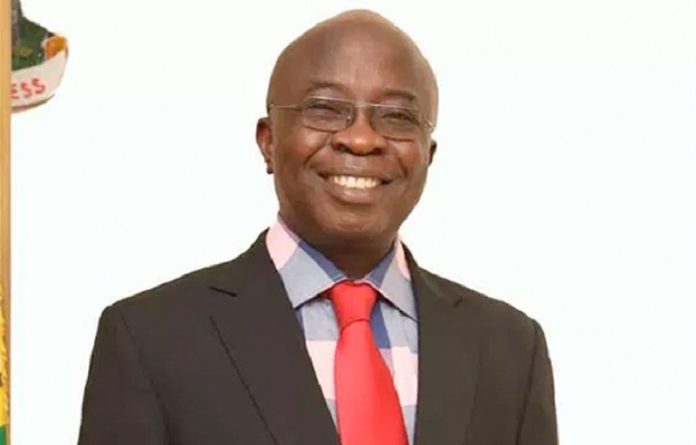 A member of the Lagos State House of Assembly, Setonji David, has insisted that the state will go ahead with the implementation of its recently signed VAT Law despite a stay of execution obtained by the Federal Inland Revenue Service (FIRS) from the Court of Appeal in Abuja last Friday.

The lawmaker said that the state government would continue the collection of VAT until the court of appeal rules otherwise.

According to report, this was made known by the lawmaker, who represents Badagry II Constituency in the House, while appearing as a guest on a Channels Television breakfast programme, Sunrise Daily, on Monday.

“We generate over 55% of the VAT in Nigeria and we get a paltry sum of 10%. Is that fair for a population of over 24 million? We are happy that the Rivers State Government went to court and the court was very clear that VAT was supposed to be a state affair. We have no choice but to follow suit.”

When asked whether Lagos State would go ahead with the implementation of the law despite the Court of Appeal’s ‘maintain status quo’ ruling, the lawmaker said, “The status quo is that we have enacted the law in Lagos and the law is in existent and I believe strongly that until another judgement is passed by the Court of Appeal to the extent that what we have done is wrong, the law subsists.

“By our own understanding, what subsists in Lagos is our own law, until that law is set aside by the Court of Appeal. So, as far as Lagos is concerned, VAT in Lagos will be collected by the Lagos State Government.”

On the speedy passage and enactment of the VAT law in Lagos, David said the bill passed through the normal process though it was passed and signed into the law in less than a week.

He said, “It depends on the exigency of the situation, we have passed bills like that, there is nothing abnormal about it.’’

Recall that Governor Babajide Sanwo-Olu of Lagos State, a few days ago signed the state VAT bill into law after it was passed by the speedy passage by the Lagos State House of Assembly, following in the foot step of the Rivers State government.

A federal high court in Port Harcourt had ruled that River State is legally empowered to collect VAT in the state and not the FIRS.

Following an appeal by FIRS, Justice Haruna Tsammani of the Appeal Court adjourned to September 16 to hear the application by Lagos, who wanted to be joined as party to the case which involves River State and asked all parties to maintain status quo.

VAT is a consumption tax paid when goods are purchased and services are rendered. It is charged at a rate of 7.5 per cent.

HOW NIGERIANS ARE COPING WITH THE HIGH INFLATION RATE