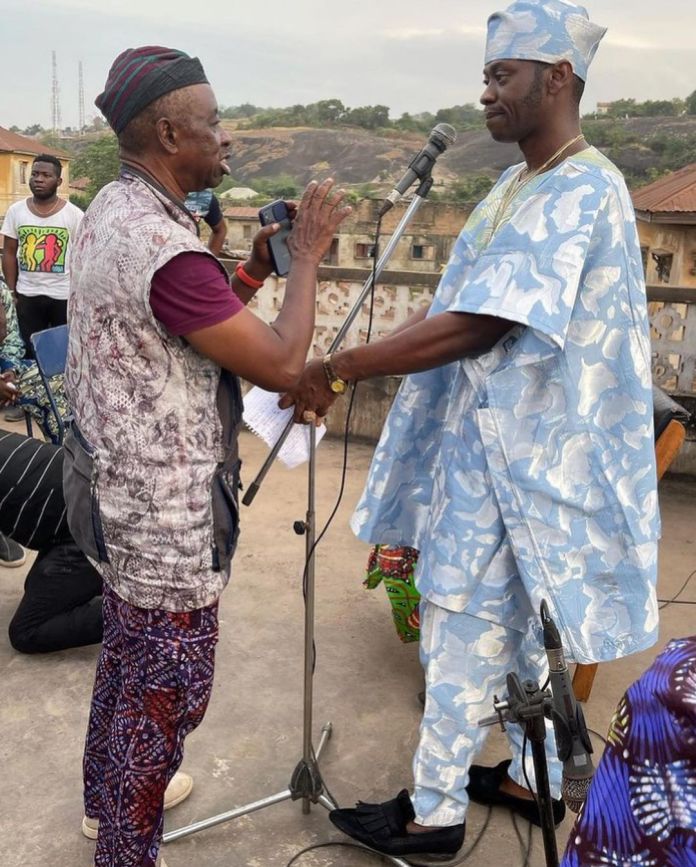 Lateef Adedimeji, who plays the role of Ayinla, in the film that narrates the life and time of late Nigerian musician, Ayinla Omowura, shone like a bright star at the premiere.

Looking regal in his full traditional attire, the film star couldn’t help smiling and thanking fans as well as Kelani for the opportunity.

The premiere had several guests treated to a night of good food and drinks.

Five screening halls were filled to the brim as guests trooped in to catch a glimpse of the film, which is scheduled for cinema release on Friday, June 18.

The film, which is the collaboration between two generations of filmmakers, Kelani and Jade Osiberu, had several film stars and corporate world gurus in attendance.

US planes in fire after Iran’s attack

I WROTE MY WILL, BOOKED A SPACE IN A CEMETERY AFTER...