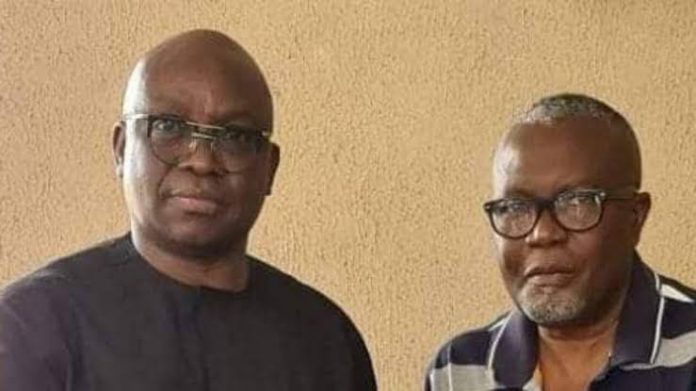 According to the content of the resignation which was obtained by our correspondent, Mr Arogbodo said his decision to withdraw from the Campaign body was due to many unsatisfying factors witnessed in Ekiti PDP which contradicts his ideology of what democracy should be.

“Unfortunately, I am resigning due to many unsatisfying factors in our party, People’s Democratic Party(PDP) in the state, which are against my ideology of what democracy should be”

He furthered in his statement that, “I am not pleased at the injustices, intimidation and lack of respect to the constitution of the party. It will amount to hypocrisy to continue to do things against my conscience”

Mr Arogbodo condemned the bad leadership of the party under Mr Ayo Fayose which accordingq to him will not lead the party to success.

He however wished the party success.

LAGOS TASKFORCE TO EFFECT THE ARREST AND PROSECUTION OF LAND GRABBERS...