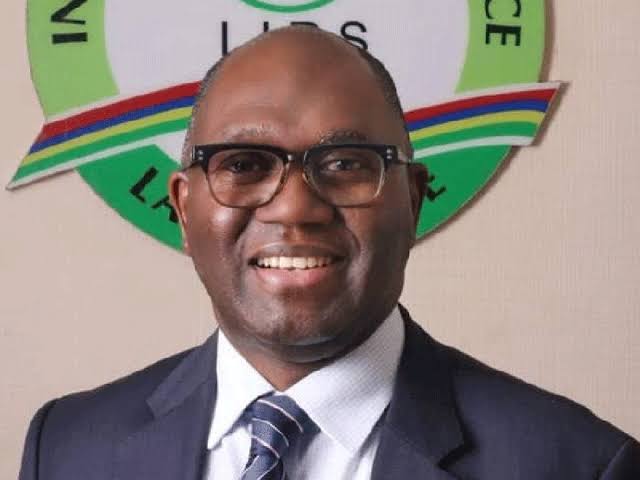 Lagos Internal Revenue Service, LIRS, is currently enmeshed in crisis as aggrieved staff of the Service, on Monday, stormed the state House of Assembly Complex, Alausa, Ikeja, to protest against what they termed “inhuman treatment” by the management of the agency led by the Executive Chairman, Hamzat Ayodele Subair.

The protesters, who were in their large number, brandished branches of leaves in solidarity in a peaceful demonstration.

They marched from the LIRS office in Alausa to the state House of Assembly. The aggrieved staff accused the management of several offences which include: Maltreatment of staff with contempt and neglect, lack of promotion, lack of incentives, gratuity, among others.

Some of LIRS staff protesting at the Lagos State House of Assembly complex on Monday 7th November, 2022. PHOTO: TheGazelleNews

According to one of the protesters who preferred anonymity, “We generate the highest revenue for the state government but it’s a shame that the LIRS management has been treating us with contempt.”

Another protesters who simply gave his name as Kayode, stated: “In the last 10 years that I have been working in this agency, I have only been promoted once.

“My own is even better, there are some senior colleagues here who have only been promoted only once despite spending between 15 and 20 years as staff of this agency “

Another staff who would not want to be mentioned, stated: “The only thing we look forward after leaving this place is only our contribution to the pension fund.

“After that nothing in form of incentive. The allowances are not forthcoming and they do not care about our welfare.”

The protesters were not attended to as of press time by members of the state House of Assembly.

However, it was gathered that an aide from the office of state Head of Service, had addressed the protesting staff urging them to return to work as an emergency meeting has been slated for Tuesday, November 8, 2022, to look into their complaints with a view to resolving the issues.

The protesters later dispersed to their various destinations after several hours of demonstration without being attended to by government officials.

ANTHONY JOSHUA’S TEAM DEMAND £40 MILLION TO STEP ASIDE FOR USYK...