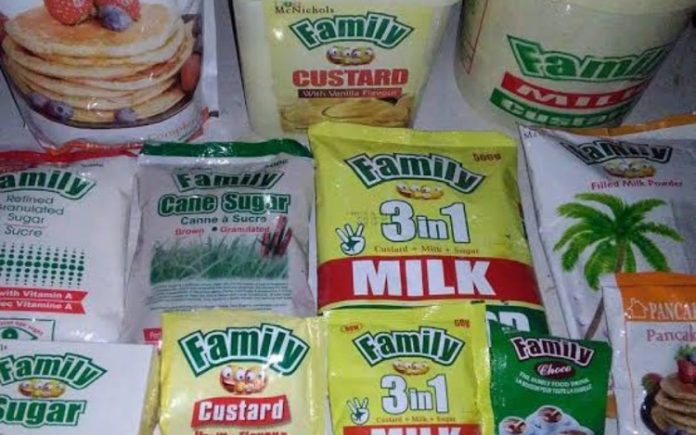 In what turned out to be a bearish week for the NGX, McNichols share price still posted gains of 58.96% last week, leading the top gainers of the trading week for the second consecutive week, as investors are still reacting bullishly to an updated corporate announcement that sees them not only get a N0.03 dividend but also bonus issues of shares.

In the last four weeks, we have seen MCNICHOLS gain over 200% to currently stand at N2.13 per share. Its market capitalization currently stands at N695,871,000.00, also gaining approximately 60%, for the trading week.

MCNICHOLS is the top performer in what turned out to be a marginally bearish week for the Nigerian Exchange, as its All-Share Index lost 0.22% to currently stand at 52,979.96 basis points.

Despite the weekly decline recorded, the NGX is still trading around a 14-year high, on the back of strong earnings reports and increased local participation.

McNichols Consolidated is a manufacturing firm that packages and markets a range of fortified sugar products in Nigeria. This includes granulated sugar, cube sugar, icing sugar and baking sugar. The company also produces a range of chocolate powder and custard powder.

The rally in its share price came after the company updated its dividend announcement to include the issue of share bonuses to its shareholders.

At the beginning of April, the company announced that it was only proposing a dividend of N0.03 for every share of N0.50. However, After the company’s board meeting on the 27th of April 2022, the board voted to approve a bonus issue to add to its dividend proposal.

This means that shareholders who own the stock by the qualification date, slated on the last day of June 2022, will not only be entitled to a N0.03 dividend, but also six additional shares for every five shares owned by that time.

Also weighing in on the bullish sentiment is the company’s stellar first-quarter performance that showed promise for the company’s future.

Because the company recorded N3.8 million for other comprehensive income, it put the company’s profit after tax (PAT) at N11 million, up by 74.70%.

Also on Friday, its share price traded at a 52-week high of N2.13 as it gained 9.79% on the trading day in question. In fact. Its share price gained over 9% for all five trading days for the week, continuing the trend from the previous trading week. It has now posted over 9% gains in the last nine trading sessions.

MCNICHOLS began the year with a share price of N0.77 and has since gained approximately 177% on that price valuation, ranking 4th on the NGX in terms of year-to-date performance.

MCNICHOLS is the 100th most traded stock on the Nigerian Stock Exchange over the past three months. It has traded a total volume of 6.69 million shares, in 172 deals, valued at N11.3 million over the period, with an average of 106,180 traded shares per session.