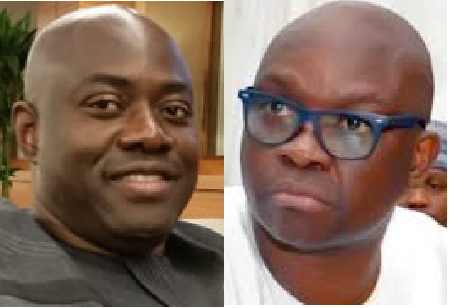 He admitted that although the party’s structure made him a leader, it will be wrong for the governor to come out to say he is his (Fayose’s) leader.

Fayose, who spoke on a television political programme, said he was once in a similar position like Makinde, but he (Fayose) never said he was the leader.

On herdsmen/farmers’ clash in the Southwest, the former Ekiti State governor appealed to Nigerians, irrespective of tribe, to see themselves as one.

He described Sunday Adeyemo (aka Igboho’s) emergence as the product of circumstance, hence he should not be ignored.

On PDP members defecting to the All Progressives Congress (APC), Fayose said covetousness led anyone defecting to take such action.

“Those who left PDP for APC, apology to Senator Omisore (Iyiola), what have they brought back?” he asked.

STRIKE: NGIGE SAYS FG IS PREPARED FOR RENEGOTIATION WITH ASUU