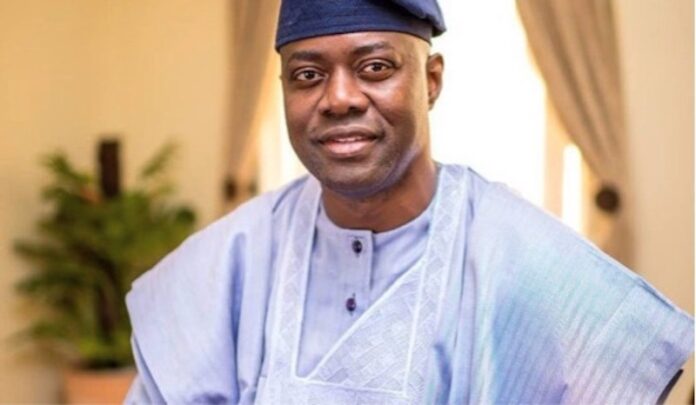 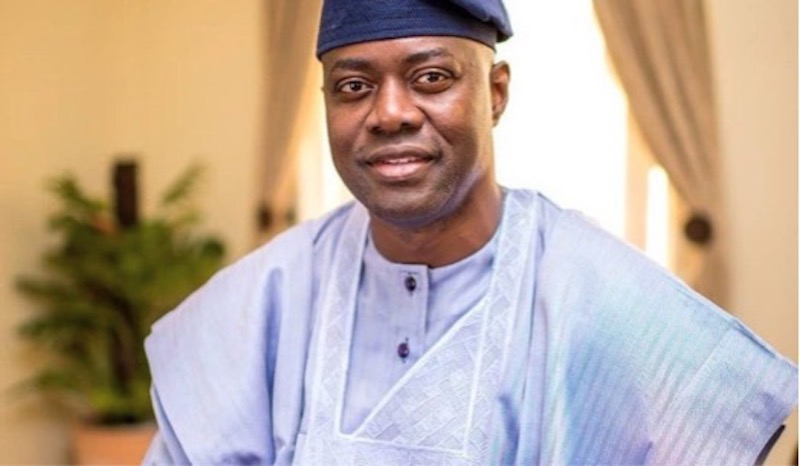 Insists that his principal has made vast improvements on the capacity of security agencies, leading to 45 percent reduction in crime

On December 25, 2020, a popular Nigerian newspaper ran an editorial with the title “Makinde, insecurity is getting messier in Oyo State.” To that newspaper, its piece was an adumbration of the January to December situation in Oyo as far as crime reporting was concerned in 2020.

But that report was shocking in many respects. First, Oyo State was nowhere near the ‘theatres of war’ that the North-east, North-central, and North-west of Nigeria had become. Again, statistics from the Nigeria Police Force, Oyo State Command had debunked that conclusion.

According to the statistics prepared by the office of the Commissioner of Police, Oyo State, the crime rate in Oyo was lower in 2020 compared to 2019. In fact, the rate was reduced to as much as 45 per cent, something the police described as a signal that “the governor’s efforts to secure Oyo were working.”

In the State Crime Index published by the Police, the Force stated that whereas a total of 182 armed robbery cases were recorded in 2019, the figure went down to 123 in 2020.

“Armed robbery appeared to be on a good decline with about 45/50 per cent decline,” the police said, declaring that efforts of the governor on crime-fighting are yielding results.

Besides that, the incidents captured in the said editorial are still under investigation by the Police. Investigation is still ongoing on the killing of Dr. Fatai Aborode in Ibarapa and others, while the killing of Alhaji Fatai Yusuf (Oko Oloyun), on Eruwa-Igbo-Ora road, was busted by the Police as an insider job that had to do with suspected fraud in his Lagos office.

Kidnappers of the Chairman of Iganna Local Council Development Area Chairman, Jacob Olayiwola Adeleke, have since been nabbed by the Police. They are among the more than 50 other criminals being tried for offences of kidnapping and banditry in the Ibarapa and Oke-Ogun axes of the state.

That the editorial opinion was featured on Christmas Day would draw close attention from operators and close watchers of Oyo State politics.

With no instance of insecurity in the days immediately preceding Christmas, red flags of suspicion were raised when the publication coincided with the birthday of the governor, Engineer Seyi Makinde. Incidentally, the said newspaper ran several pages of congratulatory adverts for the state’s chief executive in that same edition.

So, it was a strange birthday gift indeed from the newspaper, one which opened the editorialist to binoculars of some emerging conspiracy theorem.

An editorial is a weighty opinion of the newspaper, backed by in-depth research into facts and figures. It is never beholden to the sentimental perspectives of basic opinion articles, because it is regarded as the height of commentary.

Questions are, therefore, bound to be raised when an undue coincidence is noticed between ordinary street talks among a vocal opposition and aspects of the respected view of a media house.

That insecurity is getting messier in Nigeria under the incumbent Federal Government is not debatable. Even the editorialist had noted that help may not come to states from the largely inactive Federal Government.

But you cannot permit the federal authority to abdicate the assignment it has been well-empowered to execute and then heap all the blames on state governors who are largely only custodians of logistics as far as security is concerned in Nigeria.

Yes, security is the whole duty of government and a secured world/state is a haven for all. But nothing ordinarily should pigeonhole the professional duty of the editorialist in the political gab.

He should not be seen wittingly or unwittingly parroting unfounded lines of the opposition, especially as every knowledgeable Nigerian is aware that the command and control of the military, the police, and paramilitary agencies reside in Abuja.

The conclusion in the editorial was obviously reached without reference to the National Crime Index and statistical data from the Police, which are the authority in internal security operations. It shows thus that the attempt to classify Oyo in the frontline of insecurity paints the editorialist as forum shopping for circumstantial evidence to justify a walk to the answer scenario.

The editorialist had painted his narrative as of December 2020. Early in 2021, as if the editorial had only perfected the job of John the Baptist, war mongers seized the airwaves, with ‘Ibarapa/Oke-Ogun on fire’ tunes. In truth, there were issues of kidnapping, farmers/herders’ clashes, and banditry in parts of Ibarapa and Oke-Ogun, but such incidences were happening in greater magnitude and intensity across the 36 states and even the Federal Capital Territory, Abuja. The loudspeakers in Oyo, however, deliberately made it look as if everything was happening only in the state.

And even though many of those behind the loud sound bites are resident in Abuja, and are fully aware that governors are only Chief Logistics Officers, rather than Chief Security Officers as granted by the 1999 Constitution, their goal was to paint Governor Seyi Makinde as a ‘do nothing governor’ on the side of insecurity. It was an orchestrated plot to wean the people away from the governor and prepare a route for themselves into the Agodi Government House in 2023.

They would refuse to utilize their access to the council chambers of the presidential villa, Abuja to propound arguments that can enhance security in their home state, and indeed, across the country, but would rather grandstand in the media about suspected failures of the state governor in the area of security.

Some of the actors have access to the legislative chambers and have never been seen raising ‘Points or Order’ or “Matters of Urgent National Importance” in the hallowed chambers to draw attention to the events they mouth loudly around Oyo State.

What is obvious is that the naysayers in Oyo are not just the common type. They come across as arch-enemies of the people they seek to lead. They gloat about any form of attack on the people as if they were mocking the victims.

They propagate words to paint the governor as unconcerned and uncaring about the security situation in the state and they do nothing to keep in check the hoodlums whose loyalty they have bought way before the 2019 election.

However, despite the shenanigans of the opposition elements who have refused to instill in themselves any scent of patriotism, Governor Seyi Makinde has continued to soldier on in a bid to ensure the state is firmly secured.

Only last week, he launched a war room called the Task Force on Security, which will operate the same way as the State’s Task Force on COVID-19. Recall that the COVID-19 Task Force broke many grounds and led the entire country in seeking containment methods for the dreaded coronavirus.

The governor had declared at the inaugural meeting: “You are welcome to the war room created by the government of Oyo State. This became imperative because of the challenges that we are apparently facing, security-wise. At the exco meeting of last Tuesday, we set up a State Security Task Force.

“I will be chairing the Task Force. This is our inaugural meeting and it is similar to the Task Force we set up when COVID-19 just broke out.

We are supposed to be on top of the security situation almost on a daily basis, so the scheduled meetings for this Task Force will hold on a weekly basis and you should expect to be briefed once we are done with our weekly meeting.

“We also hope that we can call an emergency meeting anytime depending on the security situation. The members have been carefully selected.

“We want to take this opportunity to ask for support from our people, from the traditional institution to our political stakeholders and also the different ethnic nationalities that are residents of Oyo State. We do not support ethnic profiling.

“We are looking for criminals and we know that if we are not careful, what goes around will come around.”

With the absolute dedication to the cause of serving the state by Governor Makinde, fondly called GSM by his people, it is certain the insecurity and orchestrated criminality are headed for the backwaters in Oyo State.

According to the statistics prepared by the office of the Commissioner of Police, Oyo State, the crime rate in Oyo was lower in 2020 compared to 2019. In fact, the rate was reduced to as much as 45 per cent, something the police described as a signal that “the governor’s efforts to secure Oyo were working.

In the State Crime Index published by the Police, the Force stated that whereas a total of 182 armed robbery cases were recorded in 2019, the figure went down to 123 in 2020. Armed robbery appeared to be on a good decline with about 45/50 per cent decline,” the police said, declaring that efforts of the governor on crime-fighting are yielding results