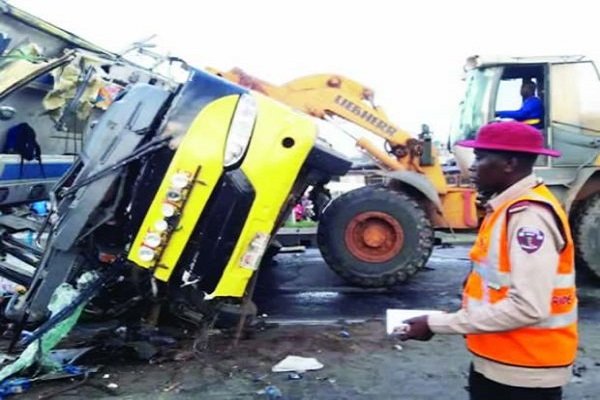 Many persons were feared dead on Sunday evening in an Anambra auto crash involving a bus and fuel tanker.

The accident occurred at Nkwere junction, near Onitsha, on Enugu-Onitsha Expressway.

A source said the accident occurred around 6.30 pm.

He said, “A fatal crash involving a bus belonging to CDO transport company occurred this evening, at Nkwere junction, along Onitsha-Awka expressway.

“FRSC rescue team from Nteje Unit has been mobilised to be at the scene.”

The number of casualties could not be ascertained as of the time of filing this report.